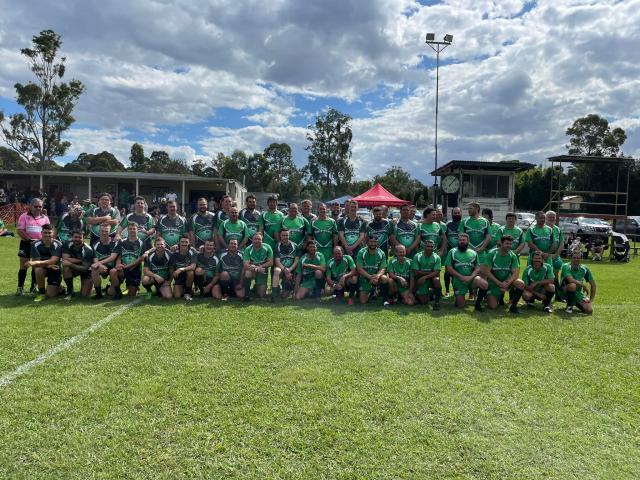 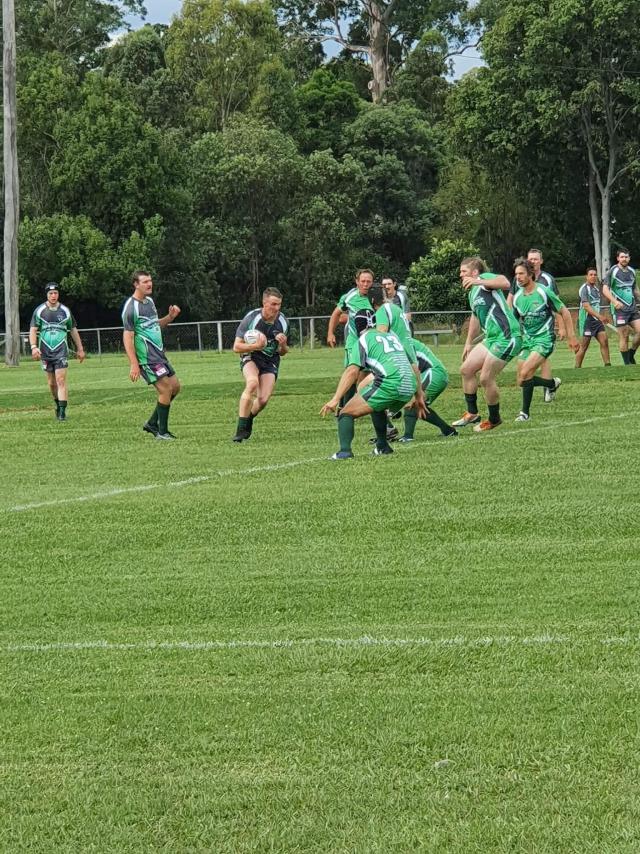 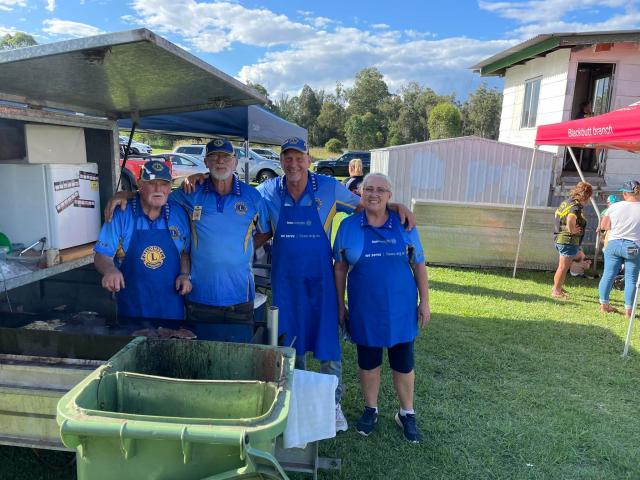 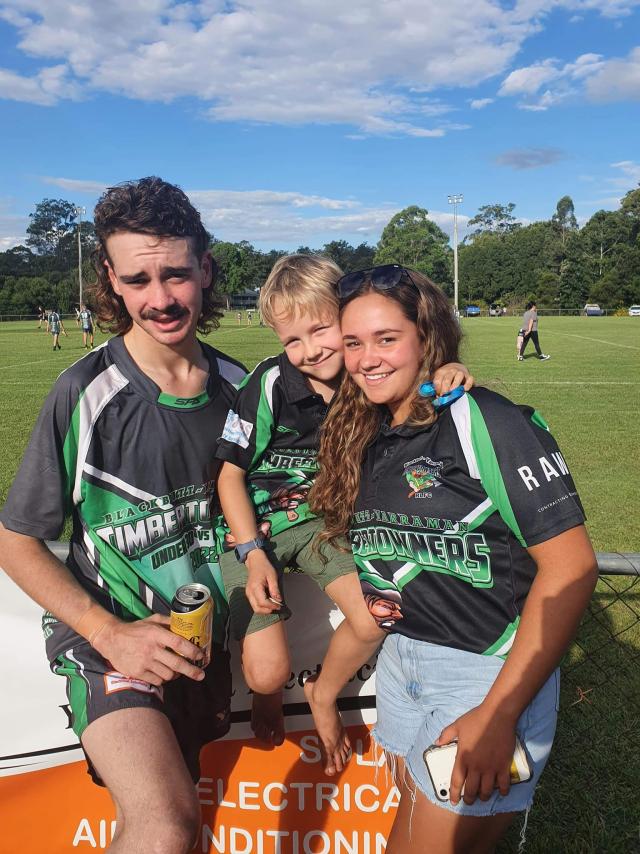 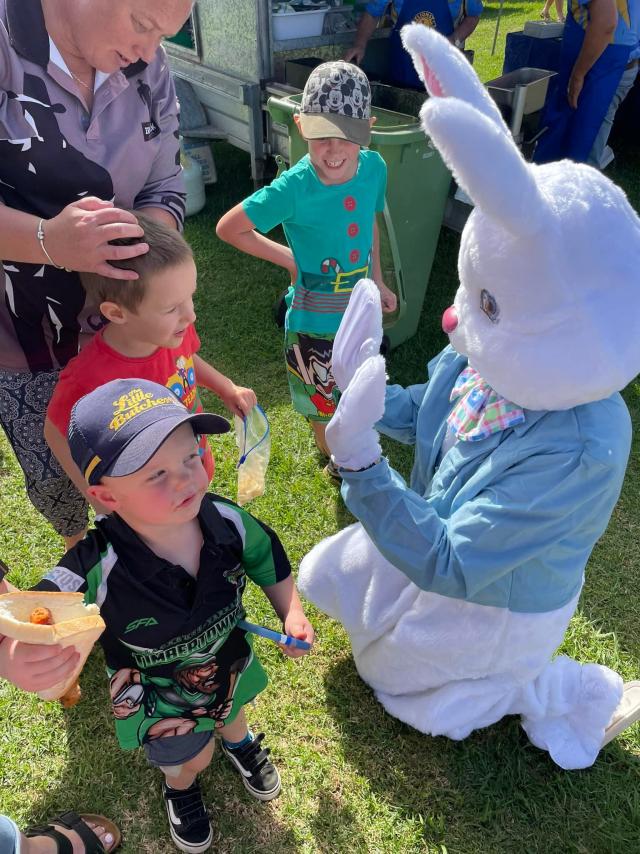 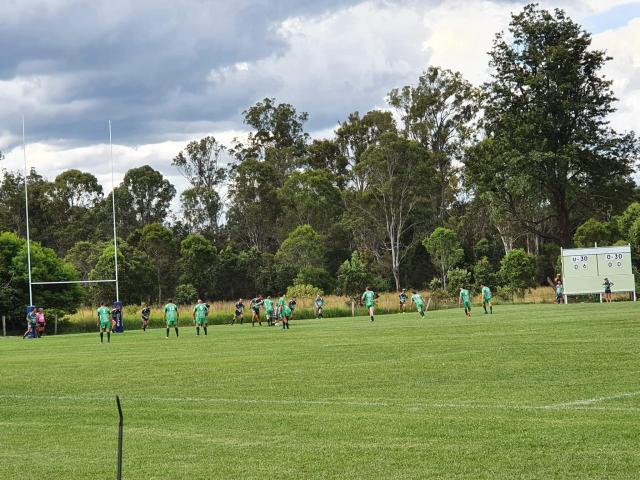 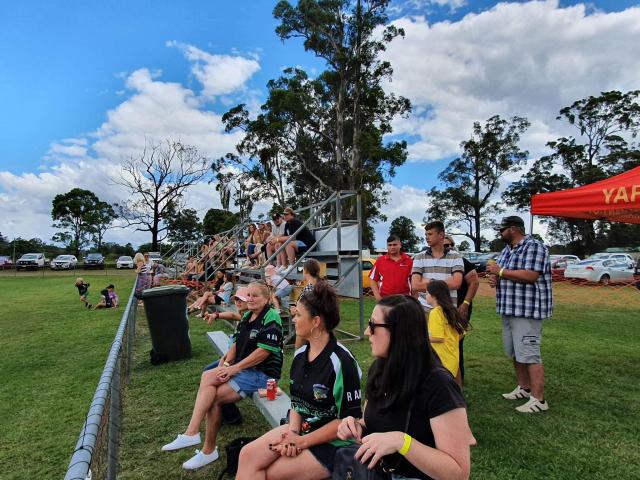 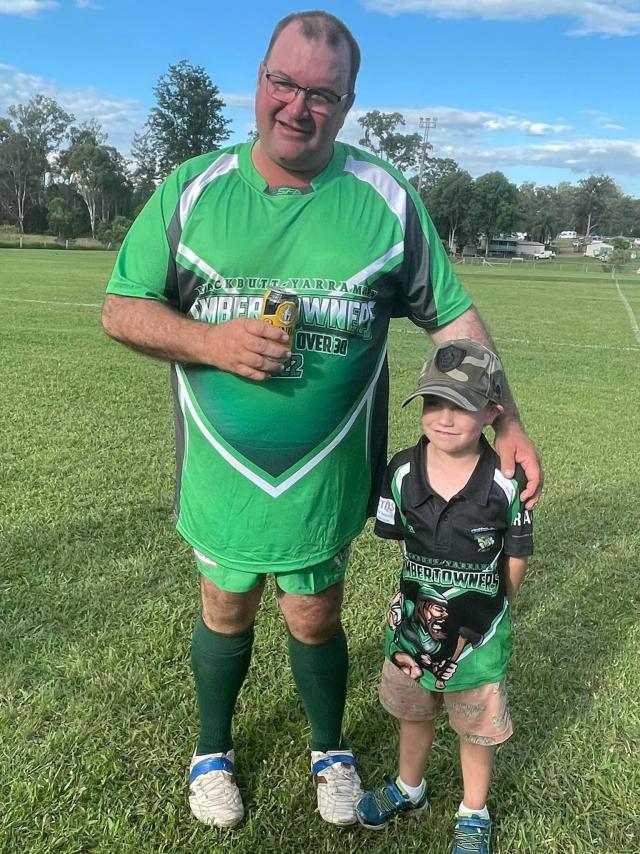 The Blackbutt Yarraman Timbertowners are officially back in action after a spectacular fundraising match between club veterans cemented the team’s return to the South Burnett rugby league scene.

Following an announcement in February this year that the club was seeking applications from new players and support from the community after nearly 10 years of inactivity, former players for the Timbertowners gathered in Blackbutt on 2 April for a grand clash of young against old in an over-30’s versus under-30’s match.

Crowds gathered at Blackbutt’s Sports Club for a 2pm kick-off last Saturday, watching players don the team’s green and white jerseys for the first time in nearly a decade.

The team’s young guns took home the win, beating the over-30’s 36-18 after a hard-fought 80 minutes – but the outcome of the game did not matter to those involved.

Proceeds of the event will be used to fund kits and on-field playing gear for the Blackbutt Yarraman Junior Rugby League football club, which is set to enter the South Burnett Rugby League junior season this year as one of six teams.

To raise the crucial funds, an auction was held on game day after players had finished up, with attendees all too eager to help support their local club’s return to form.

A spokesperson for the Timbertowners took to the club’s Facebook page after the event, thanking everyone involved.

“The Timbertowners’ heart is officially beating again,” they wrote.

“What a day. We are speechless, but so thankful and absolutely humbled by the support from [the] amazing community who came and supported the (…) Timbertowners.

“Thank you to all of our great sponsors, (…) to the Blackbutt Benarkin Lions Club workers who worked all day, as well as all of the volunteers who put their hand up to help.

“Thank you to committee members, the hub committee and volunteers. Countless hours of work have gone into getting the grounds and club house in tip top shape for the day and we couldn’t have done it without you,” they added.

“Thank you to the boys who helped strap the players and run water, to the referee, the touch judges and everything else in between!”

The South Burnett Rugby League junior season is set to kick off on 23 April, with the Timbertowners facing off against teams from Kingaroy, Nanango, Wondai, Murgon and Cherbourg.