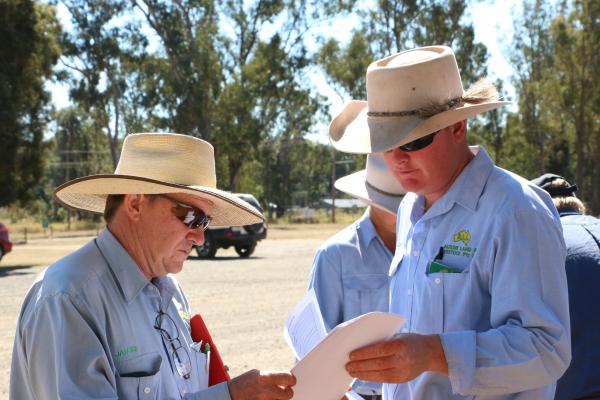 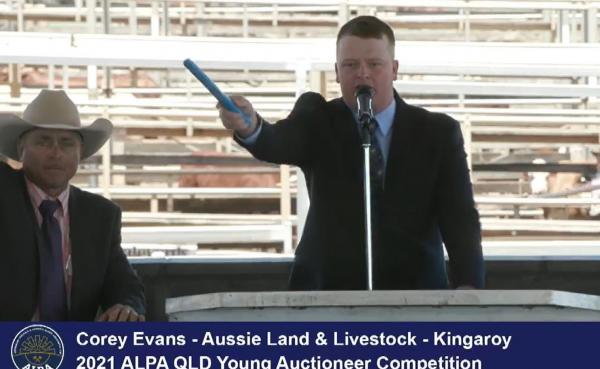 Kingaroy’s own Corey Evans was lost for words when it was announced he was the 2021 ALPA Queensland Young Auctioneer winner.

He was named the first place winner in front of runner-up Simon Kinbacher who represented Elders Rural Services Rockhampton.

Corey thanked Midge Thompson and the team at Aussie Land and Livestock.

“I want to thank them a heap for the opportunity they’ve given me along the way,” he said.

He also thanked his mum, dad, family and partner.

Corey has been in the auctioneering industry for five years and is responsible for selling cattle fortnightly at Murgon and Coolabunia.

He says the best part of his job is auctioneering and drafting cattle for feedlots. He plans to continue to better himself as an agent and person and has a special interest in breeding and showing limousin cattle and led steers.

Both Corey and Simon will now prepare to compete in the national finals in Sydney next year.