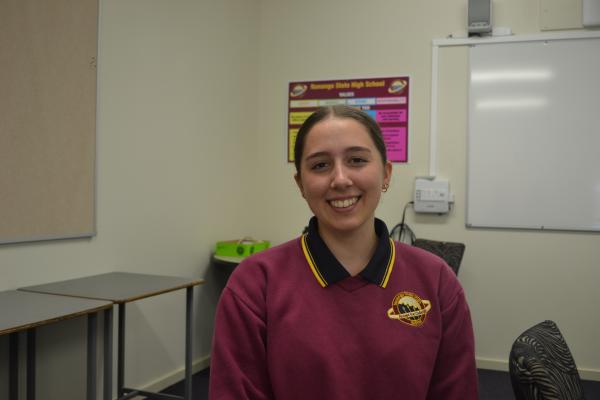 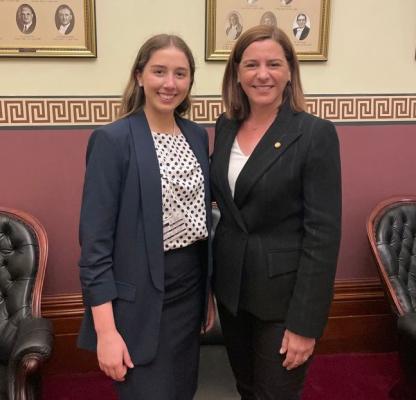 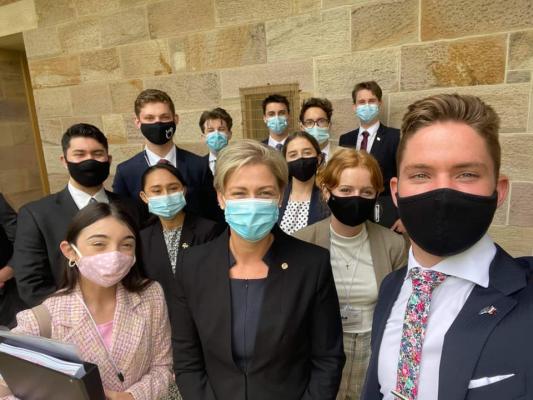 A passion for agricultural issues and a love for the community saw 17-year-old Sienna Spencer represent the Nanango Electorate at Brisbane’s Parliament House.

As the Youth Member for Nanango, Sienna had the honour of sharing perspectives at a Youth Parliament Residential Sitting a few weeks ago.

After engaging in a six-month program working with a small team, Sienna and her fellow portfolio holders wrote a Bill proposing a law reform they are passionate about.

“These are key issues for our region, and significantly, Youth Parliament passed the Bill which is a great achievement.”

Sienna was also able to gain knowledge from 93 other passionate youth members, aged between 15 and 25, as they raised issues relevant to their electorates.

“I was also able to speak on two other Bills that I was interested in, including the use of MDMA for psychoactive assisted therapy for post-traumatic stress disorder, providing free sanitary products in all bathrooms, and raising the age of criminal responsibility,” she said.

For her first experience in Youth Parliament, Sienna said the opportunity to represent the South Burnett community and raise their voices was rewarding.

Each Youth Member also had the opportunity to share a personal statement – Mrs Frecklington was able to listen to Sienna’s statement at Parliament House.

“Sienna made a very moving speech about youth mental health, an issue which is so important for our community,“ Mrs Frecklington said.

“Youth Parliament is an amazing opportunity and I would encourage young people from the Nanango Electorate to consider nominating in the future.“

Despite having a knack for public speaking after an impressive stint at Parliament, Sienna hopes to pursue a career in the STEM (science, technology, engineering, and medical) field.

Her goal to continue higher education in this field was encouraged when she was accepted into the 2022 National Youth Science Forum.

“I was pretty surprised to be accepted, I didn’t think I’d make it this far as someone from a small rural area,” she said.

It will be delivered as a mixed-mode experience, with a combination of in-person and digital events.

In the interim between Youth Parliament and the NYSF, Sienna is keeping busy preparing her campaign as she prepares to run for School and Vice-Captain at Nanango State High School for her senior year.