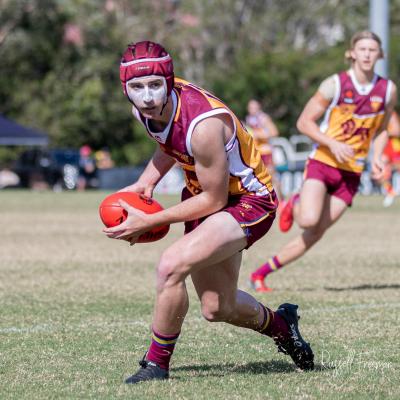 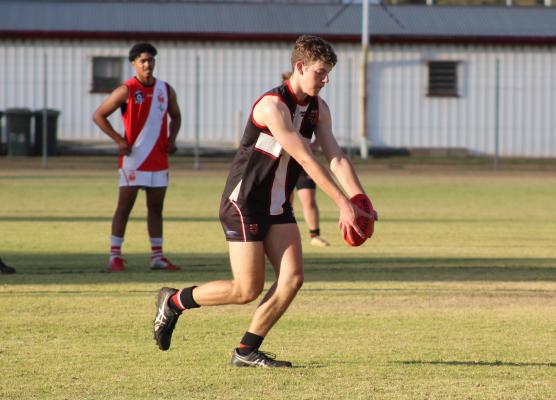 Two upcoming South Burnett Aussie Rules players can breathe a sigh of relief after being named in the Brisbane Lions’ under-19s 2021 squad.

James Packer, 17, and Shaun Pukallus, 18, both played for the South Burnett Saints men’s team this season, but next year will lace up the boots in front of a bigger crowd.

Packer said it felt surreal but rewarding to finally make his life-long dream a reality.

“It was definitely a big moment because there wasn’t really much positivity going on at the time,” Packer said.

“Being named in the side lifted my spirits because it was an achievement I have strived for for so long.

“It’s my draft year as I’ll be turning 18, so it’s a year that I’ve been looking forward to my whole life.

“However, I know it’s not going to come easy as myself and my partner are moving to Brisbane, which means that my structure and routine will change.

With the disruption to the 2020 season, Pukallus said he looked forward to being able to play in front of a larger audience.

“It felt great to get selected in the under-19 side after the year that we’ve had,” he said.

“I was only able to play two practice games and play in one of the two games in the academy series against the Suns Academy.

“That meant I wasn’t able to show recruiters everything I can do.

“My big goal for next year would be to hopefully get drafted to an AFL club, but before then, I would like to be selected in the Allies team which is made up of players from the Northern Territory, Queensland, New South Wales and Tassie and will take on two Victorian under-19 teams, one South Australian under-19 team and, the WA under-19 team at the under-19 National Championships.”

Similarly, Packer hoped to have a successful season out on the footy field.

“My goal for 2021 will ultimately be to get drafted, but I have many small personal goals I need to tick off in the meantime,” he said.

“The Lions’ program has three phases and my goal is to be selected in all three and then make the Allies squad as well.”