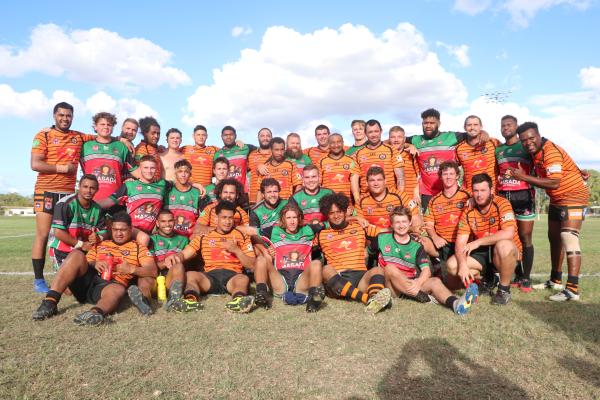 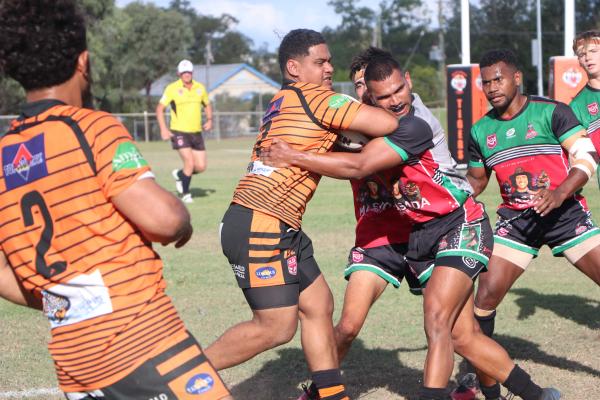 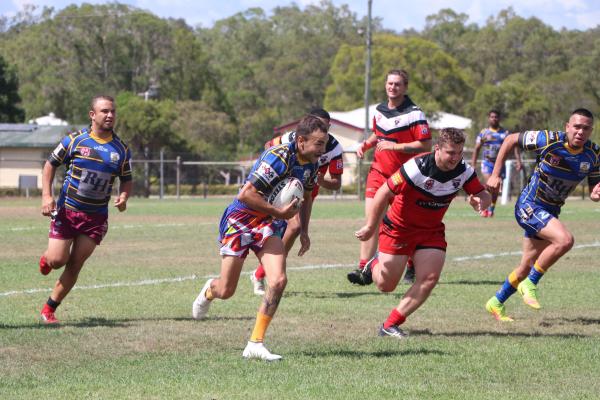 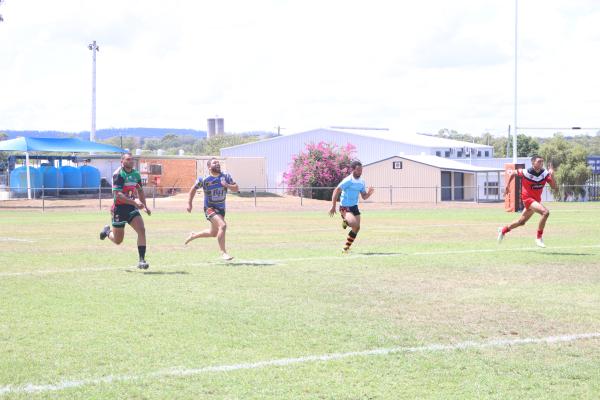 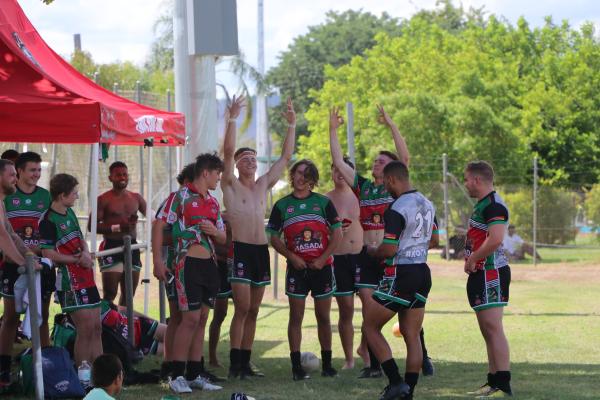 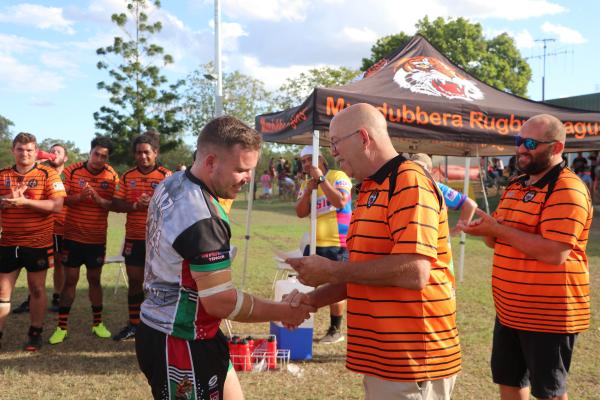 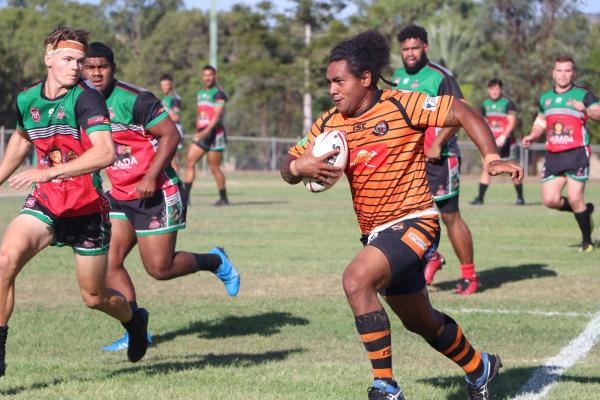 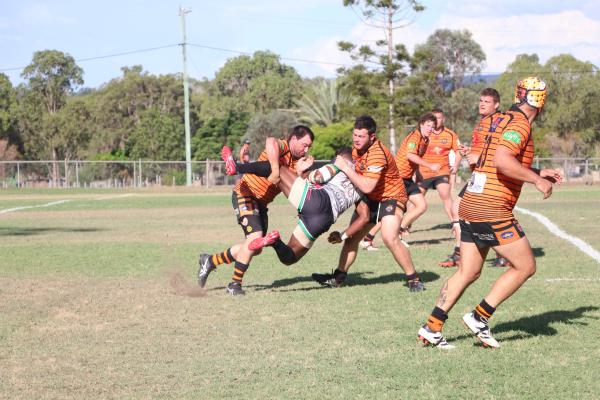 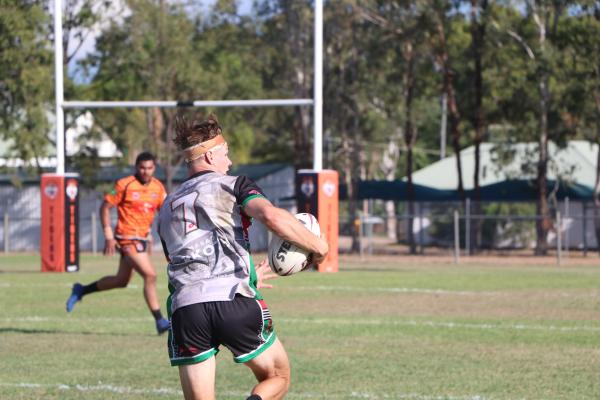 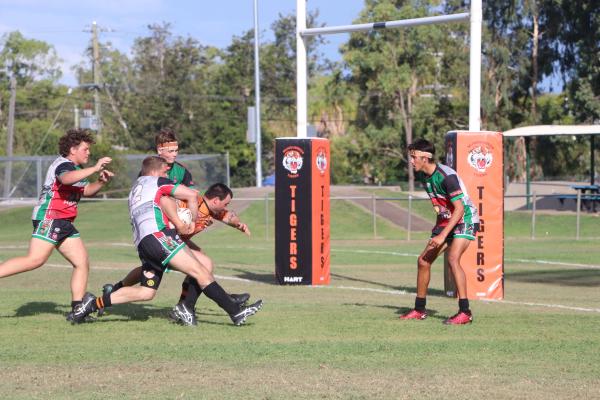 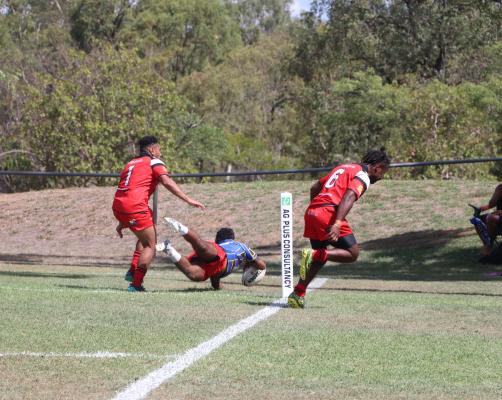 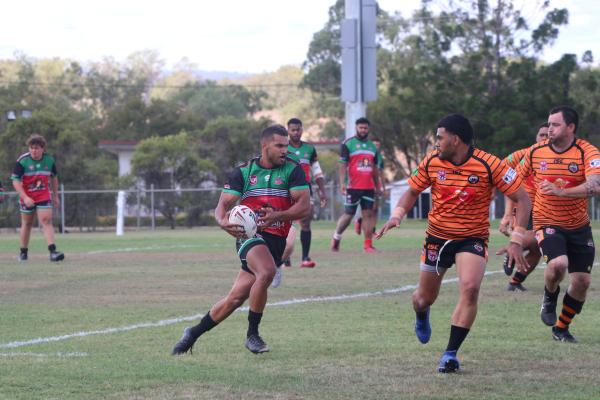 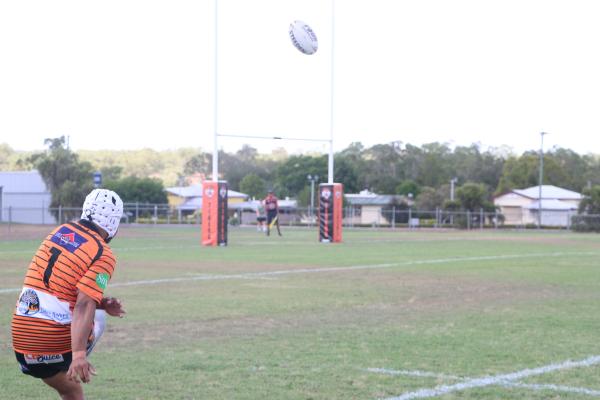 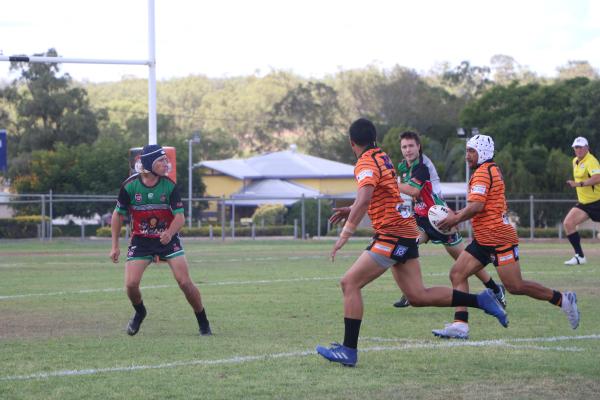 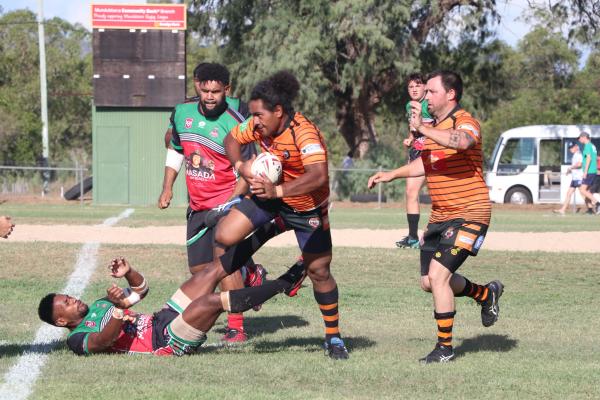 A Rockhampton football team caused an upset at the annual Mundubbera 9s carnival on 13 March, dominating the host side and emerging undefeated to claim the grand prize over local teams from the Burnett and Wide Bay regions.

The Emu Park Emus – who hail from the Capricorn Coast, east of Rockhampton – won the $1000 cash prize as well as the $100 dash for cash event, shutting out Mundubbera’s Tigers, Murgon’s Mustangs and the Western Suburbs Panthers from Bundaberg.

Emu Park was a late addition to the line-up in Mundubbera, as clubs from Gayndah and Cherbourg were unable to compete at the event. The team was slotted in on the Thursday before the event and had to undertake a four-and-a-half hour drive to get to the Burnett.

They defeated Bundaberg and Mundubbera 28-8 and 24-8 in the early stages of the carnival before drawing against Murgon in Game 5. The final saw the Emus face host side Mundubbera for a second time, where they repeated their earlier success by winning the tournament with a dominant 30-4 score.

Games at the carnival consisted of extremely short matches, leading to a number of high-speed and impact plays. As a result teams often built up a significant advantage early on and then continued to control the game.

Emus coach Jason Field said that his young team, which consists mainly of A Grade players and under-20s, was crucial in its shut-out performance at the event.

“We just had to be switched on from the start – having a young side with all that speed made it a bit easier,” he said.

The Rockhampton side returned to its hometown on the evening of the carnival, where it will welcome a range of teams over the coming days.

“This has been a pretty good start to the year for us.”