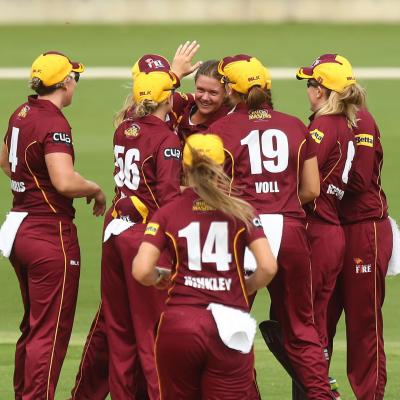 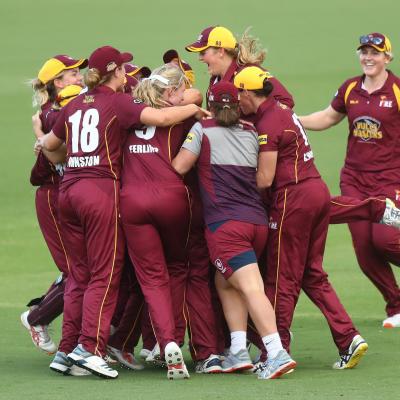 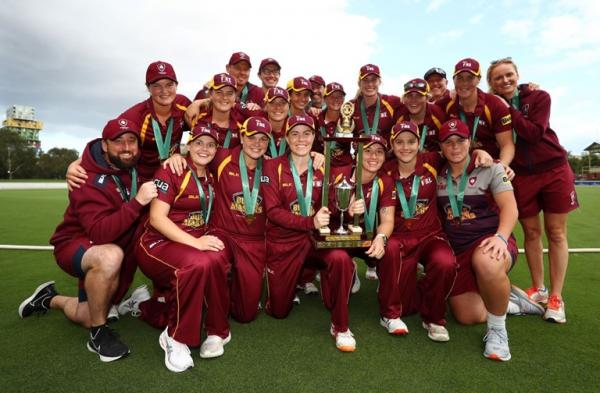 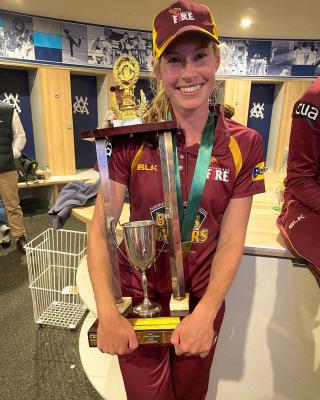 Queensland Fire claimed its comprehensive win by 112 runs over the competition front-runners Victoria at the CitiPower Centre in Melbourne on 27 March.

The Fire were dominant with bat and ball, led by captain Georgia Redmayne who carried her bat for an unbeaten 134 not out before Queensland’s slow bowlers silenced the passionate Junction Oval crowd.

Queensland’s total of 8-317 was the second time the Fire had gone past 300 during this season, and their bowlers then dismissed Victoria for 205 to record a 112-run victory.

Young seamer Courtney Sippel, who grew up in Murgon, finished with an impressive 3-44. She was joined on field with fellow South Burnett cricketer Holly Ferling from Kingaroy.

Being part of the team’s historic win was an exciting achievement at the beginning of 19-year-old Sippel’s career.

“It’s pretty special, it’s amazing to be part of a team that has won the trophy for the first time in 90 years,” she said.

“The girls in the Fire squad are a pretty special group of people and our support staff have backed us the whole journey.”

Sippel told Burnett Today her highlights of the final included watching Redmayne’s ton, taking the first and last wicket and the celebrations on field with the girls after their victory.

The game marked the end of her debut playing season with the Queensland Fire side and her third season contracted with the team.

“I’ve learnt a lot over the past three seasons and am proud that the coaching staff felt I was ready to contribute to the team,” Sippel said.

Queensland received the Ruth Preddy Cup for the first time, winning the title after finishing as runners-up on five previous occasions.

It makes two years in a row that the winners had claimed the State’s inaugural title with Western Australia winning last summer, meaning only Tasmania and the ACT are yet to win the WNCL.

This was Queensland’s second ever trophy, with the 2013-14 Women’s T20 title their only national championship win since they began competing on the national stage in the 1930s.

The victory was even more remarkable with the team having to undergo emergency Covid-19 tests the night before the game and then return negative results before being able to start the game.

Covid results were received by 7am, with the team heading to the grounds, only to have the starting time delayed due to morning rain.

Victoria won the toss and sent the visitors in first.

Fire got away to an ideal start when play finally started with Year 12 student Georgia Voll hitting 34 from 39 balls.

Player of the match Georgia Redmayne proved to be a rock once again for Queensland, making up for the absence of national players, in regular captain Jess Jonassen and batting star Beth Mooney.

Her match, and season, was exceptional. She claimed four dismissals with the gloves on top of her unbeaten ton, which was her second century of the season and also included two scores in the 90s.

As well as Redmayne, middle order bat Mikayla Hinkley was impressive, producing her top score of the season with a run-a-ball 53 that came at a crucial part of the innings.

Seamer Meagan Dixon put the icing on the batting cake with a late flurry to hit 23 from 12 balls from Redmayne finished the innings emphatically with a string of boundaries.

The victory caps off an outstanding three years for women’s cricket in Queensland, with the WBBL Brisbane Heat winning back-to-back Rebel Women’s Big Bash League titles before finishing third earlier this season and the Fire winning their inaugural WNCL championship.