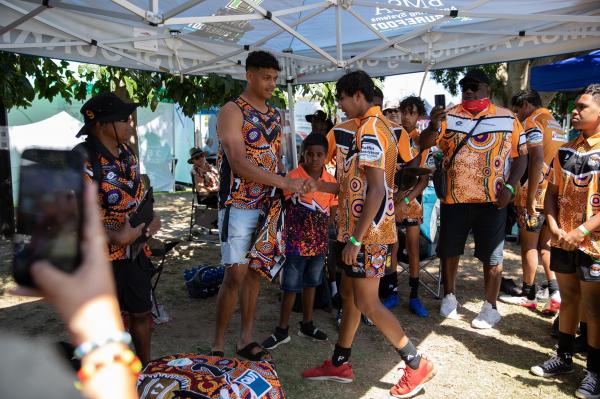 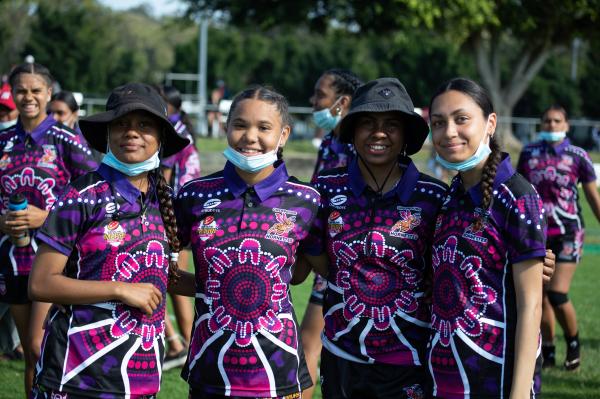 By Neesha Sinnya and Deadly Choices

Cherbourg rugby league teams travelled to Brisbane for the Murri Carnival where they learnt valuable life skills while expanding their athletic skills.

For the South Burnett Indigenous teams, the carnival which ran from September 20 to 26, focused as much on sport as it did healthy lifestyle.

The Hornets U14s boys played four games over three days, they competed amongst nine other times.

In their pool, they went through undefeated.

Bena Dynevor from the Cherbourg Sports Complex congratulated the teams on their success.

“We had five players make the possible and probable teams – three of those U14s players made the Queensland merit side.

“Cherbourg Hornets Jnr was our U17s girls’ team, they played four games, plus the possible and probable match for five of their players,” Dynevor said.

“Again we got three players picked in the Queensland Murri Carnival merit team.”

“The teams played three games each, depending on the best for and against over the three matches the teams were selected to play in the final eight,” Dynevor said.

For some of the Cherbourg players, it was their first time playing at the Murri Carnival.

“All in all it was a good week of footy and a great learning experience for most players,” she said.

“As custodians of the game, we pride ourselves on providing opportunities for male and female participants across the state.

“That’s why we are delighted to support this carnival and welcome the new initiatives which have the potential to unearth more future stars of our game like David Fifita,” he said.

For event organisers, the injection of more pathway supports and a focus on regional representation made this year’s ABF Murri Carnival a must-do for Queensland communities.

The Chair of the ABF Steven Johnson said the great man, Arthur Beetson would be very proud to see the Carnival that he helped Tony Currie start, reach the level that it has today.

“The QMC was never started to be just about the game, but more about culture and enriching lives, and when we lost Arthur it was important we didn’t lose the effect he had so many people; the QMC does that.”

The State-wide carnival was held from 20 to 25 September.

It was a smoke-free, alcohol-free, and sugar-free event, requiring participants to have their 715 health checks up to date, adults enrolled to vote, while youngsters also need a 90% school attendance rate.

“[The Carnival] contributes to increased health literacy and access to primary and preventative health services for Aboriginal and Torres Strait Islander peoples. It’s so much more than just a football carnival,” Mr William said.

“The Murri Carnival achieves significant health and education outcomes, and the requirements for all participants to have a health check and those of school age to maintain a high level of school attendance emphasise the important messaging which underpins the event,” he said.