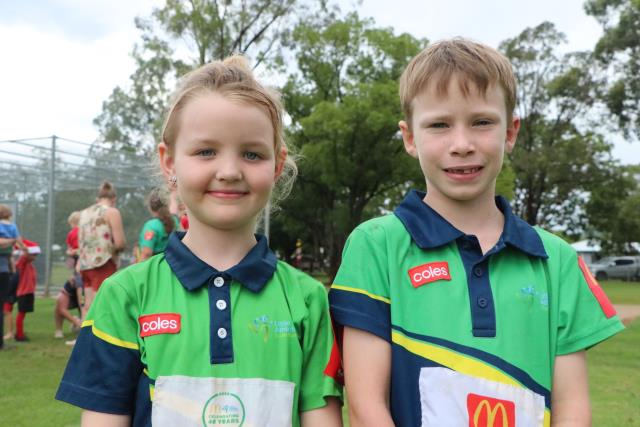 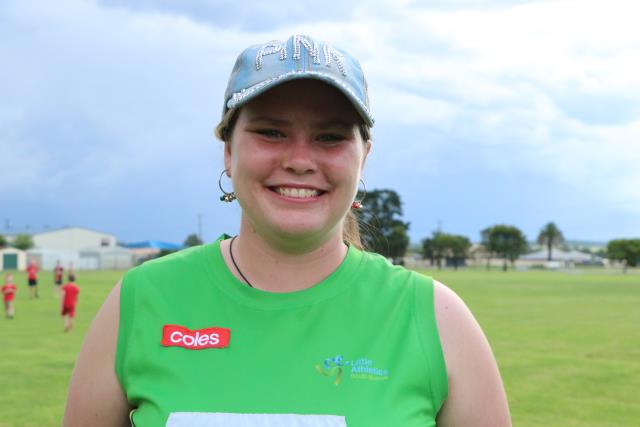 Landon, Elizabeth and Maddison were among 22 athletes to represent South Burnett Little Athletics at the Queensland Little Athletics State Championships last weekend (turn to page 56 for the full story). Here’s what they had to say:

It was his first time going to States with Little A’s.

What does it feel like going to Brisbane for such a big competition: “I’ve never been [to Brisbane]!”

What made you join: “I started discus and shot put when I was three.”

What do you compete in: Discus, shotput

What discipline is your favourite: “Discus; I came first out of 51 kids”

How do you reckon you’ll do at State level in Brisbane: “We’re gonna win!”

It was her first time going to States with Little A’s.

What does it feel like going to Brisbane for such a big competition: “Scary!”

What do you compete in: “I do everything.”

What discipline is your favourite: “Either discus or shot put, I can’t decide. I came first in shot put and second in discus [at regionals’, out of my age bracket]”

How do you reckon you’ll do at State level in Brisbane: “Win!”

She has competed at the State championships once before and 2021 was her last chance to compete. She made the top 6 in discus at her State attempt last year.

Maddison will be out of the age bracket next year, but is considering continuing with her athletics

What made you join: “At [a] school [sports event], I just won discus one year, and got into [Little Athletics] from there.”

What do you compete in: “I mainly concentrate on the throwing – discus and shot put, but I can’t throw a javelin to save my life.”