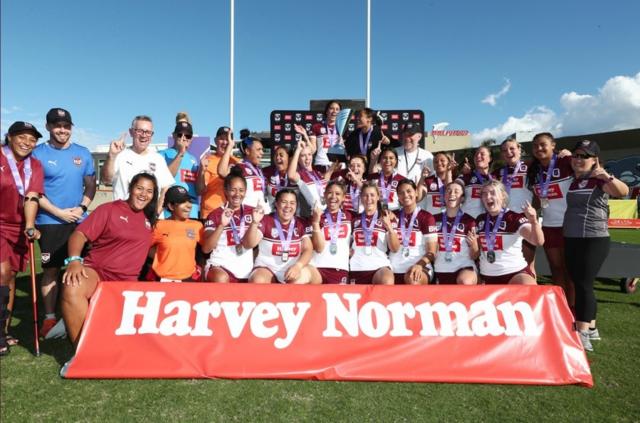 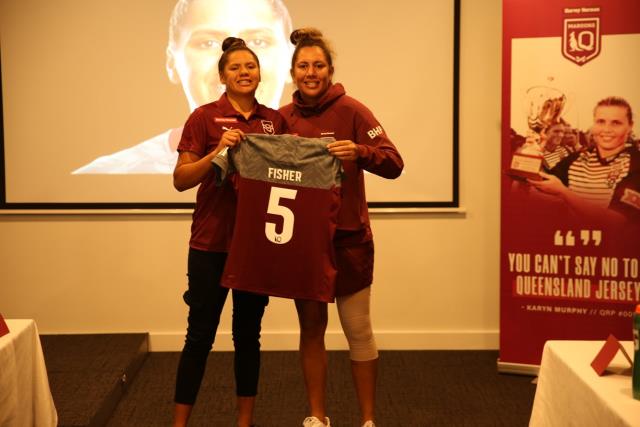 Burnett rugby league star Traevonnah Fisher will again have her chance to be selected for the Harvey Norman Queensland team.

Fisher recently scored a spot on the 2022 Queensland Sapphires team which will go up against the Rubys in this year’s Harvey Norman Women’s National Championships.

The 2022 championships will run from 9 to 12 June and will provide players an opportunity to push for selection in the Harvey Norman Queensland Under-19 team to play New South Wales.

North Queensland’s Gavin Lloyd is back on board to guide the Sapphires, while Souths Logan Magpies’ coach Maia Tua-Davidson will direct the Rubys.

The Queensland squads will take part in training camps before they are trimmed to 20 players each for the championships -the Sapphires currently has 24 players selected.

Last year Fisher made her debut in the Maroons jersey in the under-19s State of Origin clash against New South Wales, playing for the state team.

Fisher recently competed at the Wide Bay 9s Carnival at Hervey Bay on 2 April where she was a key try scorer for the South Burnett Eagles who ended up narrowly missing out on winning the grand final.

At the carnival Fisher was selected alongside nine other Eagles to play for the Wide Bay Bulls 47th Batallion team.