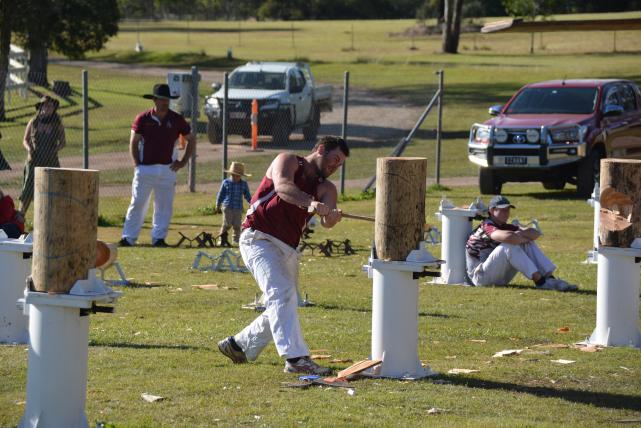 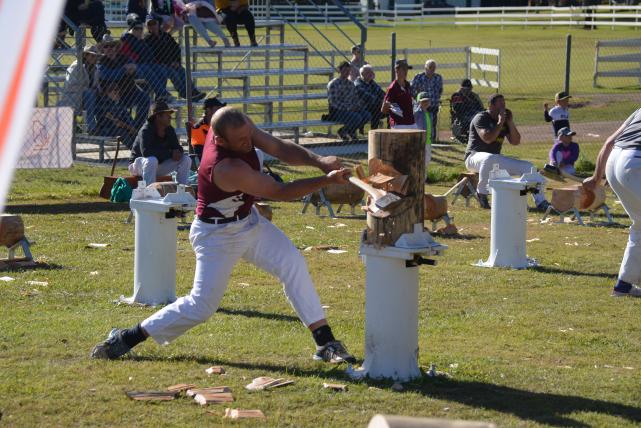 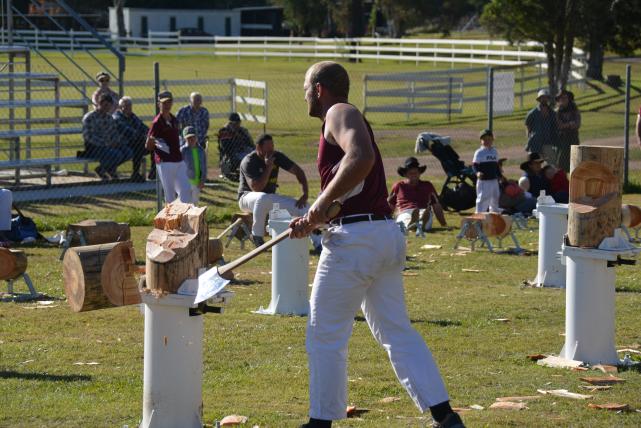 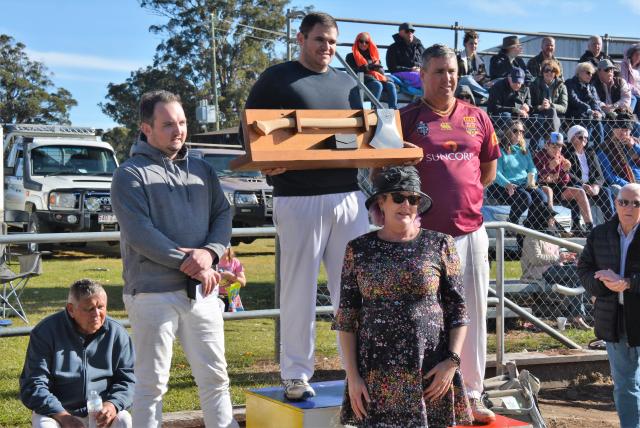 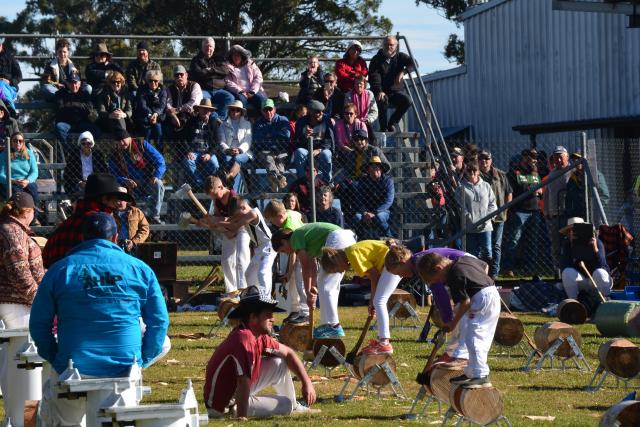 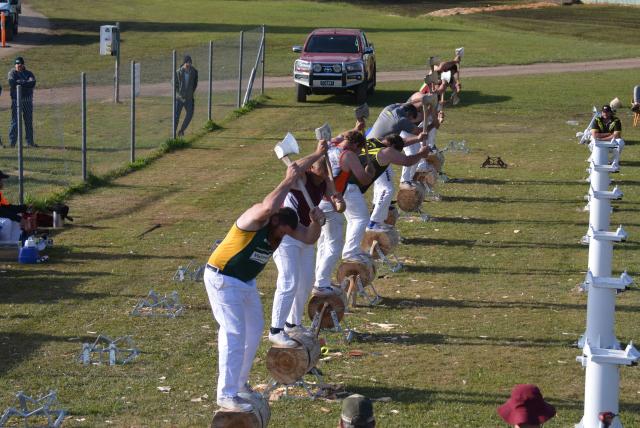 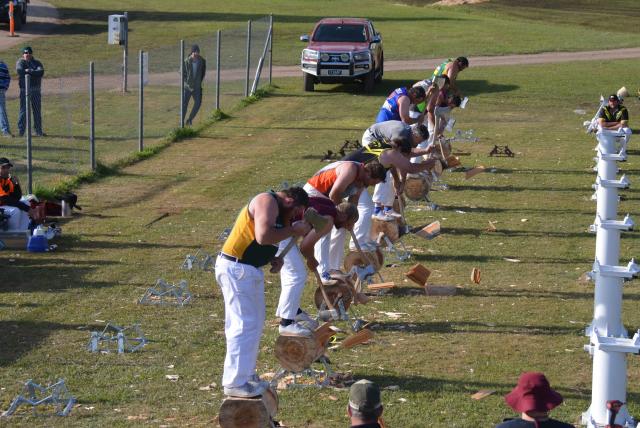 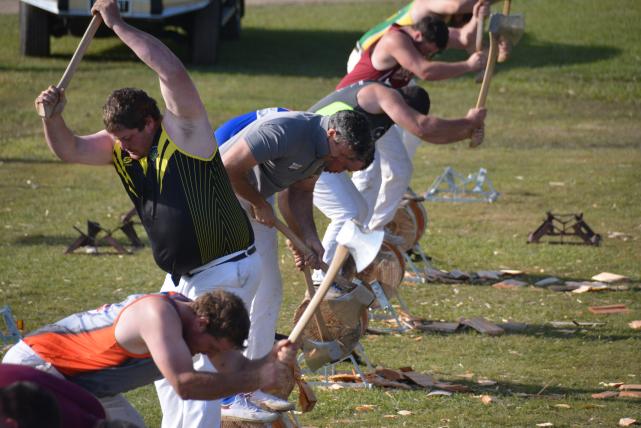 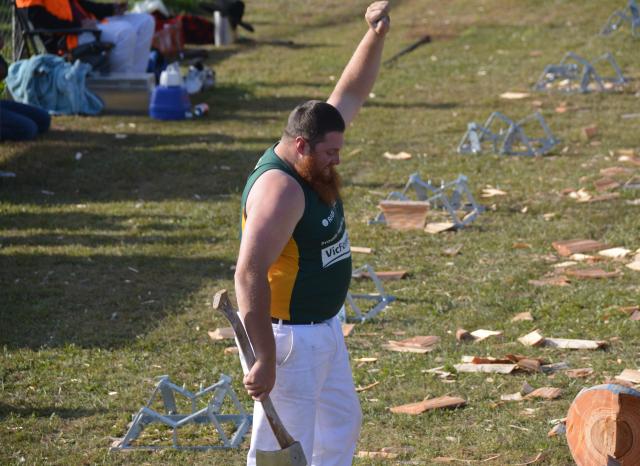 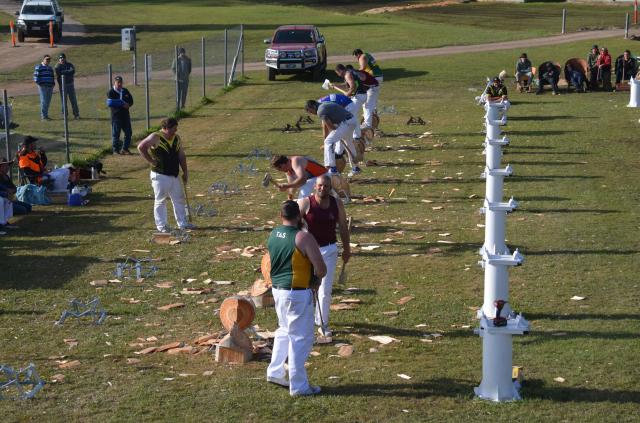 Blackbutt shows why they are one of the premier timber towns that can put on a real wood chop show.

A great many woodchopping competitions were held at Blackbutt’s Sunday Funday event on 12 June.

The Sunday Funday went ahead because the Blackbutt show was mostly rained out in May, with only a single pavilion showing.

Woodchopping prides itself on being the oldest colonial sport in Australia.

The justification was that those on the first fleet had to chop trees down before they could make cricket bats.

The timber town’s premier event went off without a hitch and saw crowds gather from all over.

People came from as far as Tasmania to compete and spectate at the event.

One of the competitions to be held was the Greg Head Memorial 300mm Standing Block.

The winner of the Greg Head Memorial 300mm Standing Block was Tom Wilkinson.

Wilkinson said that the win meant a lot to him.

“It’s pretty special to me, Greg head was my grandfather’s brother,” Wilkinson said.

“I’ve been trying to win that ever since I started chopping.”

“That was the one that I’ve always wanted to win.”

The juniors also competed in a wood chopping event, with many of the competitors swinging their axes for over four minutes without stopping.

An impressive feat of endurance by any standard.

The recently returned Jack Argent was in attendance at the wood chop.

Argent competed in Vienna for the STIHL Timbersports® Rookie World Championship and took out the top spot for the under 25s.