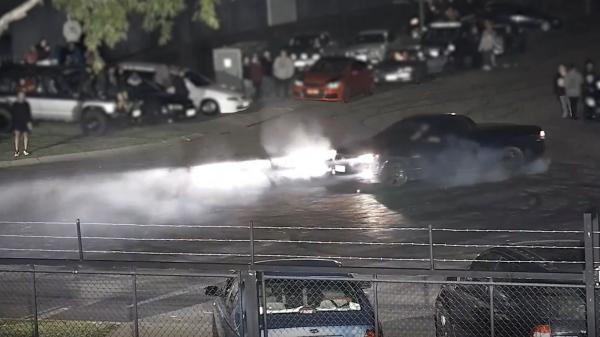 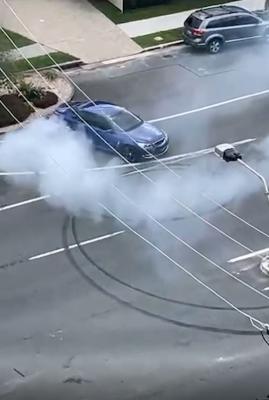 Police Minister Mark Ryan said amendments to the legislation will turn the table on hoons and support police enforcement action against those taking part in these gatherings.

“As a result of these new laws, Police are now equipped with powers which will enable them to serve notices on the owner of a vehicle involved in hooning offences,” Minister Ryan said.

“This means if the owner of a vehicle claims they weren’t driving at the time of the offence, it will be up to them to prove it.”

“The new laws are a game-changer for police, providing greater flexibility for officers to go after each and every vehicle taking part in illegal hoon events.

“Offenders will no longer be able to avoid prosecution by simply masking their identities and denying they had been behind the wheel.

“Illegal mass hoon gatherings are a disaster waiting to happen and the State Government makes no apologies for Queensland maintaining its strongest stance on hooning in the country.”

“The outrageous and despicable acts of hoons have been on display recently where they have not only endangered their own lives and others but they have turned violent on police and media,” Assistant Commissioner Marcus said.

“The community does not accept their reckless antics and police will certainly not tolerate anti-social and dangerous hooning behaviour in our neighbourhoods.”

As part of Operation Tango Vinyl, an anti-hooning operation on the Gold Coast which commenced in March, 201 infringement notices have been issued, 12 charges for serious offences have been laid and 9 vehicles have been impounded.

“Police across Queensland have been rolling out a range of strategies to disrupt and prevent hooning activity, particularly on the Gold Coast with an ongoing operation to target mass gatherings,” Assistant Commissioner Marcus said.

“With the new legislation, combined with a fleet of high-tech cameras, the community can expect to see even more enforcement action taken against dangerous hoons putting others at risk.”

Members of the public can report hoon activity in their area by contacting the QPS’ Hoon Hotline on 13HOON or making a report online to Queensland Police.

Seven things to do with mum this weekend

Testament to a good season

Pouring a path to the future