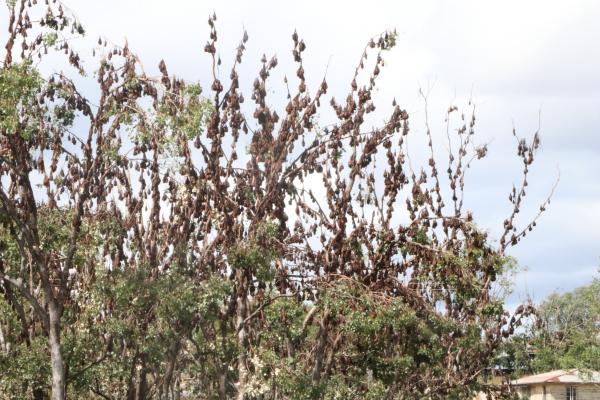 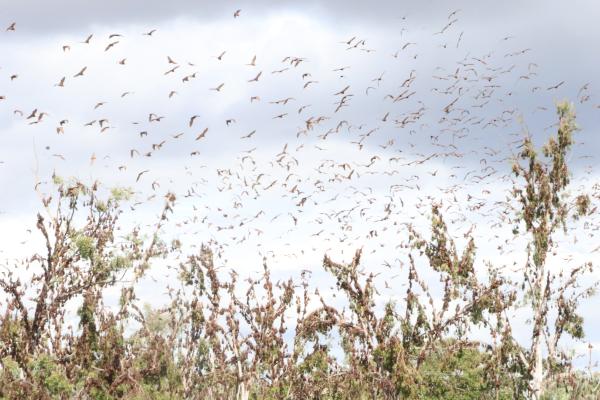 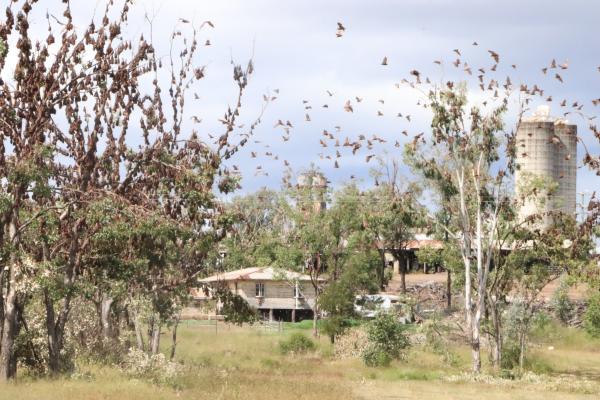 The smell of guano and the flapping of thousands of tiny wings has once again invaded Mundubbera, with the the outskirts of town playing host to a large roosting place for flying-foxes in the autumn months.

The property formerly housing Mundubbera’s DTM Timber-operated sawmill was chosen by the flying animals as their latest roosting spot, with motorists traveling along Mundubbera Durong Road spotting the colony circling the treetops.

Australia is inhabited by four species of the genus pteropus, more commonly known as flying-fox, with some species traveling around the country throughout the year and others building up permanent roosting spots in treetops.

The North Burnett has historically been a nesting ground for flying-foxes, with Council estimating that colonies have existed in Coalstoun Lakes, Barambah Creek, Gayndah and Mundubbera for many years.

Flying-foxes are protected under Queensland’s Nature Conservation Act 1992, which imposes penalties of up to one year’s imprisonment on anyone who destroys, drives away or disturbs the animals or their roosts.

A DTM Timber spokesperson said they were aware of the colony, but explained that they are unable to move the colony on.

“There’s not much we can do about it due to State legislation prohibiting us from disturbing the animals or moving them on,” they said.

“They’re known to destroy their habitat.”

“It’s a health and safety issue, for sure, but our hands are tied,” they added.

The North Burnett Regional Council has been granted a Damage Mitigation Permit on 12 August 2011 after a colony of flying-foxes took up roost along the Burnett River in Gayndah causing issues for residents and businesses and has since made use of similar permits to move flying-fox colonies from potentially problematic areas.

The North Burnett Today has contacted Council for a statement on the current situation at Mundubbera.

In the meantime, residents are urged to exercise caution around the animals by covering rainwater tanks and pools, washing fruit and protecting their trees and livestock.

The North Burnett Today has also reached out to researchers involved in the study and protection of bats and flying-foxes for further advice for Mundubbera residents, with a full breakdown of the situation expected by next week.