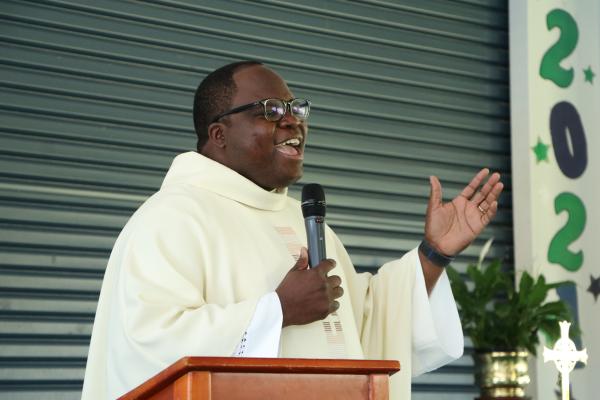 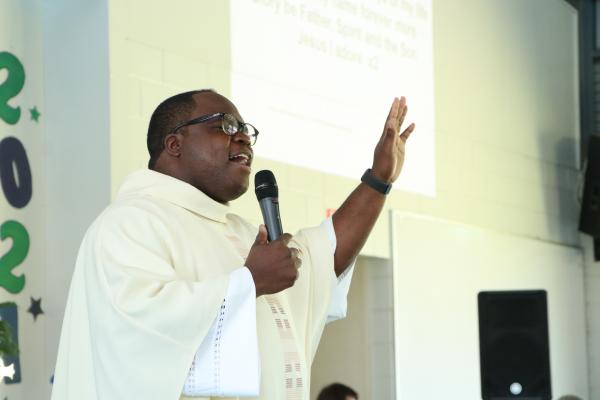 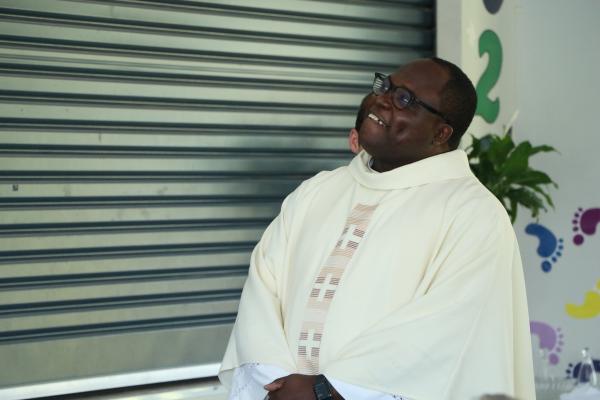 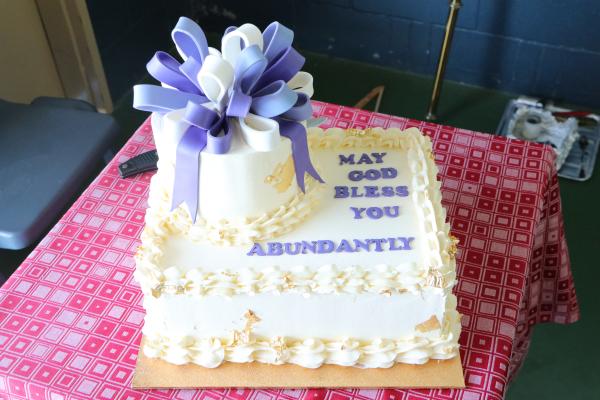 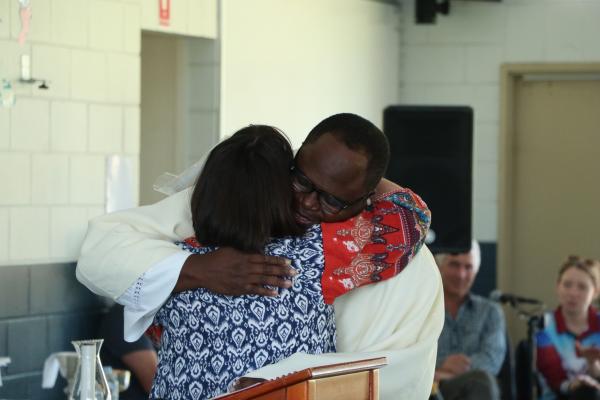 ‘Father Chuk’, as he is affectionately known in his parishes of Kingaroy and Nanango, is wrapping up his nearly four-year stint in the South Burnett region after arriving in Australia in July of 2010 to finish his studies as a priest.

The beloved priest’s farewell sermon on 20 November, which coincided with Thanksgiving celebrations, was attended by current and former members of his flock from his previous residencies in Brisbane.

In his speech to the over 100 assembled guests, Father Chukwudi talked about his arrival in Australia from his birth country of Nigeria and the connections and memories he made along the way.

“On a very cold winter morning, on 31 July, 2010, four of us arrived in Australia. Coming from a country of over 200 million people to driving from the airport to the seminary and not seeing a soul was weird.

“The fact that I’m standing here today, thanking God with all of you, is a testimony to the people,” he said.

Father Chukwudi finished his studies at a seminary in Banyo in Brisbane’s north before spending time in the city’s Corinda Graceville Parish; he arrived in Australia in his mid-twenties after accepting an invitation by then-Archbishop John Bathersby to study in the country.

He has spent close to four years in the South Burnett as the parish priest for Nanango and Kingaroy, which includes Kumbia, Cooyar, Yarraman and Blackbutt.

“You’ve made this experience a wonderful one,” Fr Chukwudi said in his speech.

“My faith is strengthened by how you helped me enjoy that experience. There were people who took interest in me and wanted to make me feel at home – and that’s what’s made me who I am. “So, thank you! We could’t have achieved what we have done without your help,” he added.

Carmel O’Brien, the principal of St Mary’s Catholic College in Kingaroy and a close friend of ‘Chuk’, also spoke in honour of the parish’s beloved priest, lauding his community spirit, sense of humour and commitment to the region’s residents.

“To say you have forged many strong and lasting relationships here is probably an understatement,” Ms O’Brien said.

“You, in your own unique style, not only embraced the Australian culture – you successfully adopted it and lived a full and fulfilling life as a Nigerian-Australian.

“To see so many people here today is a testament to how well you are regarded by the many people whose lives you touched over the years you have been in Australia.

“To us, you are more than just a priest – you are, indeed, a true friend. For many of us, you are considered family – in the true sense of the word,” she added.

“Our gratitude for you, your ministry and the ‘awesome’ love you have brought to us all is so important to acknowledge here today. A priest, friend, brother or son of your caliber just doesn’t come around every day.

“Your ability to make every person you come in contact with feel valued, listened to and respected are irreplacable qualities. Thank you.”

Father Chukwudi will return to his birth country of Nigeria to continue his work in the clergy.

Emerging artists in the spotlight

A classic day of races at Nanango