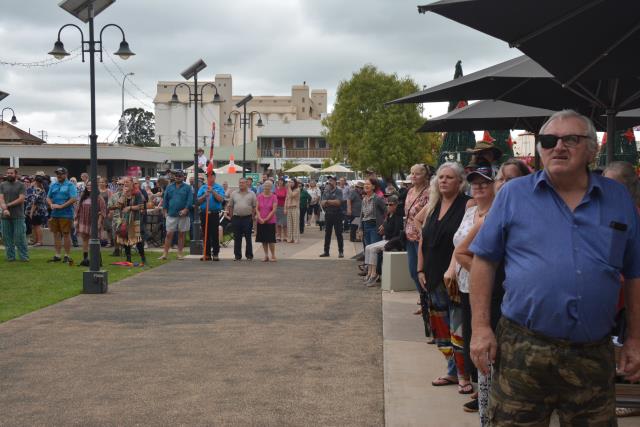 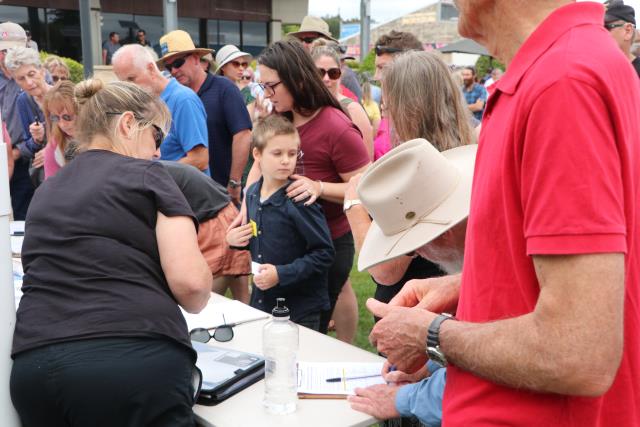 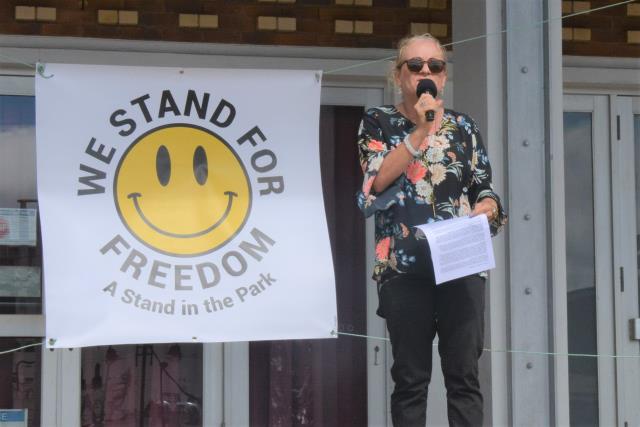 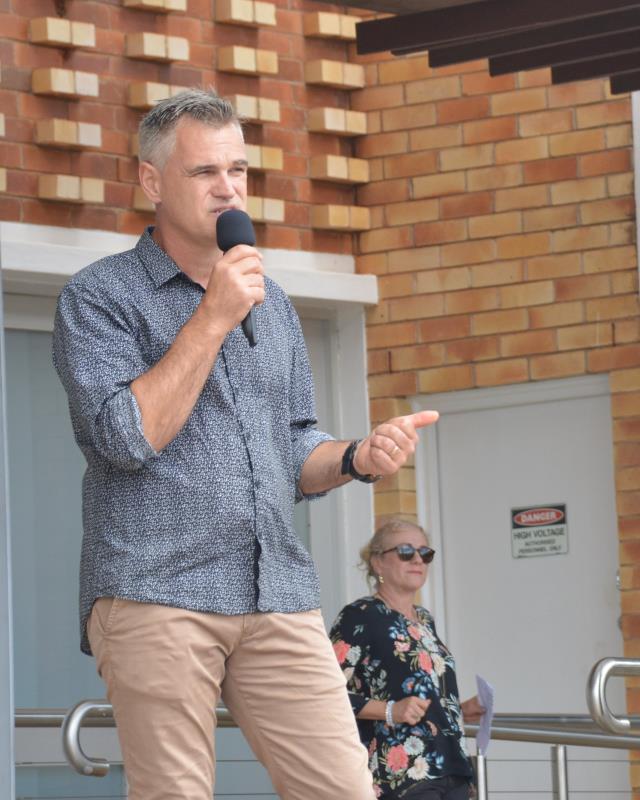 Hundreds of people could be heard clapping and chanting ‘my body, my choice,’ at a recent gathering in Kingaroy Town Hall forecourt on Sunday, 28 November.

The rally was inspired by Yeppoon citizens that gathered to oppose the Covid-19 vaccination rules set to be introduced on 17 December.

Kingaroy resident, Lynda Lange, led the rally stating that violence, disrespect, and name-calling would not be allowed at the gathering.

“Aussies, in general, aren’t a political bunch, we have an easygoing kind of culture.

“We do not consent to the rules that promote injustice, apartheid, or discrimination,” she said.

Terms such as segregation and apartheid were used by many speakers at the gathering. These speakers highlighted similarities between these words, the vaccination mandate, and past racial injustices recorded throughout history.

“We are having conversations we could have never imagined – can we visit our dying relatives, can we attend a wedding in another state, is it possible to visit the cinema or have a snack in our favourite cafe?” Mrs Lange asked the crowd.

“Life as we know it is quite simply over if we don’t unite.”

Kingaroy local, Michelle Anderson, also spoke at the rally describing the opposing restrictions as ‘chilling and deeply divisive,’ implemented by a ‘facist’ and ‘totalitarian’ Government.

“This is immoral and unethical political nonsense and it’s so very un-Australian,” she said.

She finished her speech by stating that the people united can never be divided which was met by loud audience applause.

“We are now living under a communist dictatorship,” he said.

“My grandfather went to war for this, for freedom. We need to protect our sovereignty and freedom.”

Over the phone former Qantas pilot, Graham Hood also made reference to the ANZACs in his opposition to the mandate.

“We need to go back to a society with the spirits of the ANZACs,” Mr Hood said.

Mr Hood encouraged local shires to follow the lead of others and set a trend for the rest of the country.

LNP Senator Gerad Rennick shared his views on the mandate on a phone call over the loudspeaker from Canberra.

Senator Rennick has been outspoken on his opinions of both the Covid-19 vaccine and the mandates, describing the new rules as ‘civil liberties destroyed’.

Bruce Forsyth from Anderson’s Produce in Kingaroy said as long as he owns a store there will be no discrimination based on vaccination status.

“The government in power at the moment have just lost their moral compass,” Mr Forsyth said.

Mother, natural therapist and political candidate for the medical informed party, Jasmine Melhop, also shared her views on the mandate.

She branded 17 December, as segregation day for Queenslanders, before leading the crowd in a rendition of ‘I am Australian’ by The Seekers.

Traditional Owner, Patricia Conlad, who travelled from Inala to the South Burnett, shared her views.

“We need to stand up and unite with the original sovereigns,” Ms Conlad said.

Dr Stacie King left his profession due to mandatory vaccinations, he has since been outspoken at a number of rallies across Queensland.

“The health and wellbeing of my patients is my number one consideration,” he said.

A change.org petition has been started calling on the South Burnett Regional Council to reject restrictions from the Queensland Government. At the time of publication, the online petition had more than 985 signatures.

Read more about what the Member for Maranoa, David Littleproud, says about the mandate here: bit.ly/3xKrrTW