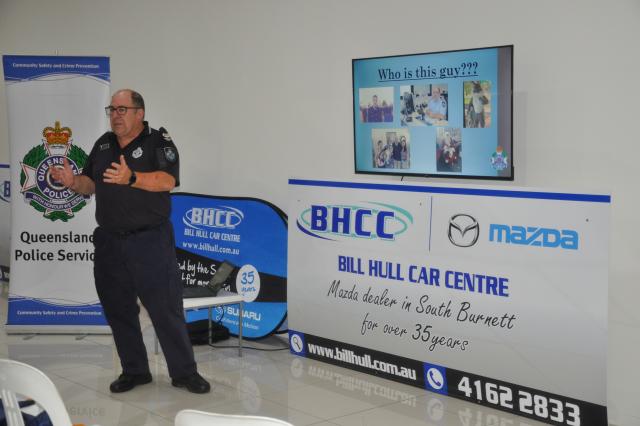 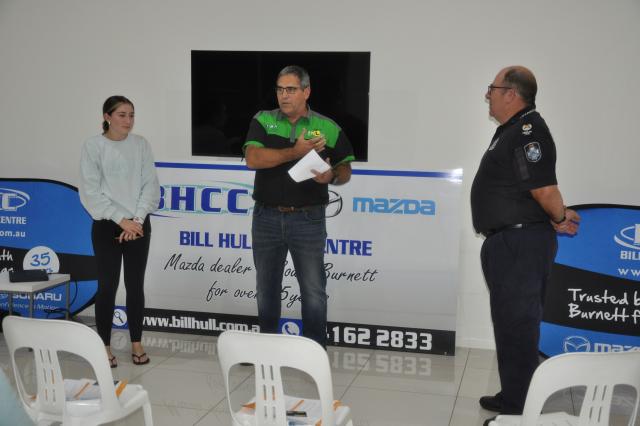 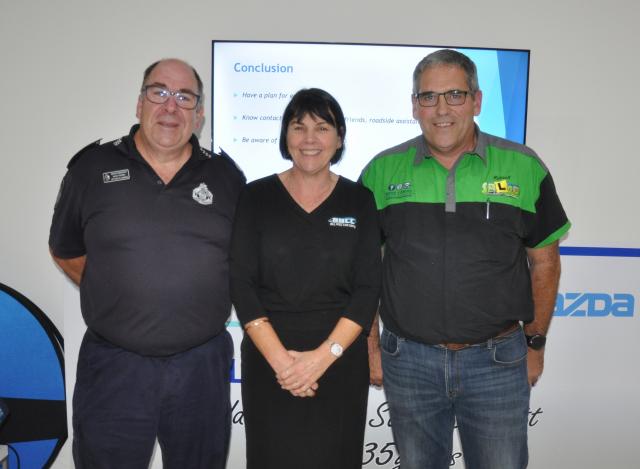 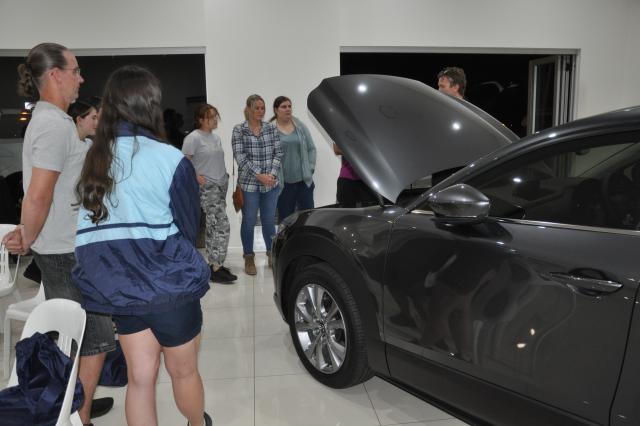 Kingaroy Police in conjunction with Bill Hull Car Centre and the Neighbourhood Watch organised another one of their popular “Under The Bonnet” sessions for young drivers.

The free Safer Driving Workshop on Wednesday, 27 April, was not just for learner drivers or young P platers but drivers of all ages and driving experience attended.

The workshop started at 5.30pm with Kingaroy’s Senior Sergeant David Tierney addressing the young group with some startling images and statistics that were very confronting.

They warned about the dangers of reckless driving with a visual presentation.

“The greatest factor of car crashes on our roads are caused by distracted motorists using their mobile phones,” he said.

”You will be surprised as to how many still ignore the requests and the laws on mobile phone in vehicles while driving.”

Russell Schloss from South Burnett Learn to Drive said “Leaner drives are the safest drivers on the road. However when they gain their P plates and begin solo driving, their risk of fatality and/or a serious accident, jumps dramatically 20 to 30 times”.

There were a good number of topics covered during the course of the evening.

Snr Sgt Tierney said being confident, assertive and alert were important factors not just while driving but with life in general.

“When you are travelling between towns in our region, it is likely that you are going to come across some wildlife so be aware of your surroundings to minimise the risk of a collision.

“Check the weather and road conditions before you head out and be aware that rain creates potholes so keep an eye out for them.”

Snr Sgt Tierney said drivers should have a network of people which include family and close friends they could contact if they found themselves in an uncomfortable and dangerous situation.

“If you have people you can communicate with it makes life easier,” he said.

“Even if you are walking to your car and you feel like someone is following you, if you see someone in their front yard just saying hello to them like you are friends is enough to put the person behind you off.”

Keeping cars in good conditions was recommended by Snr Sgt Tierney as he said this also reduces the risk of having to approach strangers if there was a breakdown along the road. And remember always stay in the car and do not leave the car and wonder off to look for help.

There was also a reminder about the Fatal Five, that is, fatigue, drink and drug driving, speeding, seatbelts, and distraction.

Next, Bill Hull Car Centre technicians Nick Frohloff and Nik Vukelic both said it was important to check parts under the bonnet including oil and brake fluid levels and tyres plus your spare tyre and accessories.

“Consult your owner’s manual if you are unsure about which oil and coolant to use,” they said.

Mr Frohloff mentioned, “Generally, you won’t have to check under the bonnet between services, but if you have a long drive planned it is a good idea to have a look at it beforehand.”

Be sure to book your seat in for the next Under The Bonnet night no matter what your driving experience is. Find out more about the next event by contacting the Bill Hull Car Centre Kingaroy on 4162 2833.