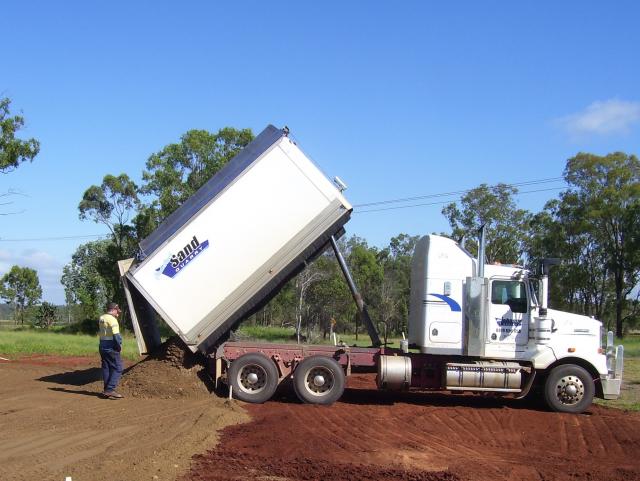 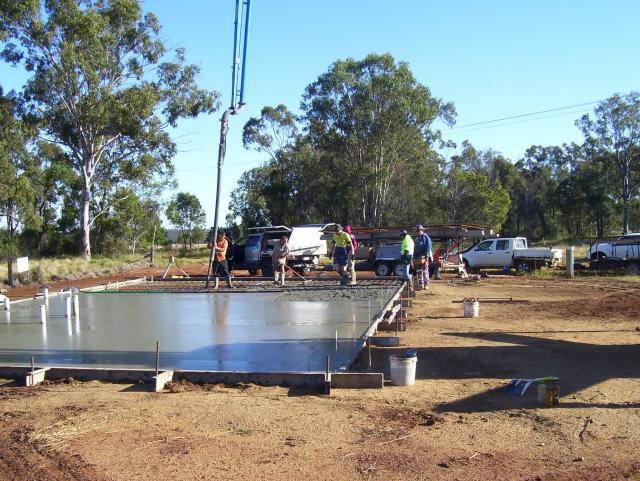 Work has started, on the Gordonbrook Rural Fire station with the pouring of the slab last Tuesday, 21 June at the site on Ellwoods Rd, Gordonbrook.

The Gordonbrook Brigade is the oldest rural brigade in the South Burnett being first registered on 8 November 1949 as the Gordonbrook Bush Fire Brigade.

The building of the station will mean that the Brigade has a base of operations they can work from, making them a more organised and more effective force.

The brigade is also the sixth oldest rural brigade currently operating in Queensland.

The site had previously been prepared ready for construction by members and supporters of the brigade.

Given that the only time many neighbours see each other is at a fire or a funeral, the new station promises to be a new focal point of the community.

Last July, the brigade received its first fire truck, a Nissan Patrol with a tank and pump on the back, from the Rural Fire Service.

The funding for construction has come from grants and the fire levy collected on landholders’ rates by the South Burnett Regional Council.

The layout of the new station will conform to the preferred plan for new stations by the Rural Fire Service, which consists of a training/ meeting room, kitchen, toilet and a parking bay for two fire trucks.