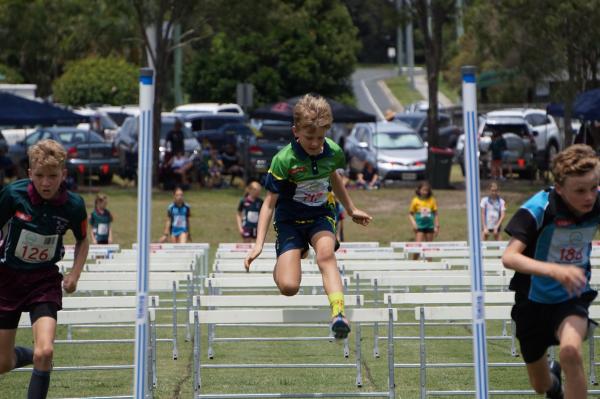 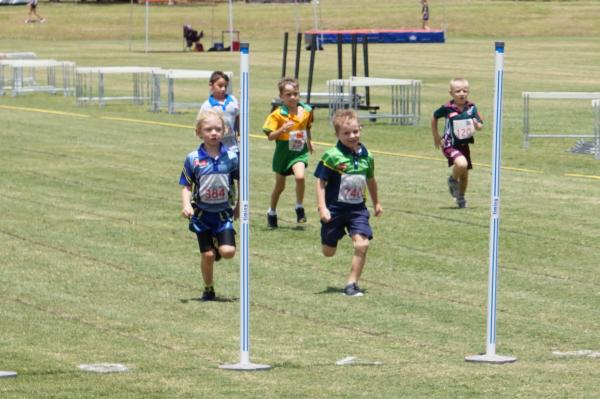 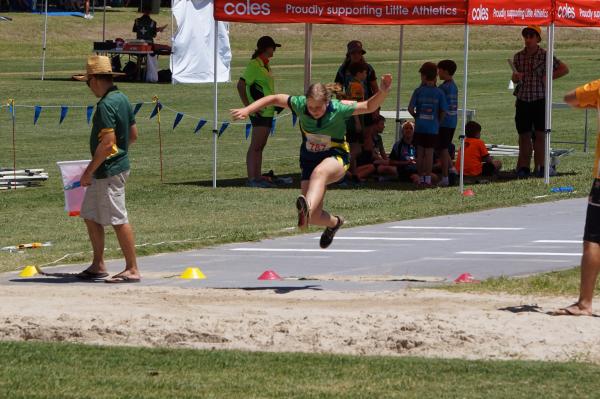 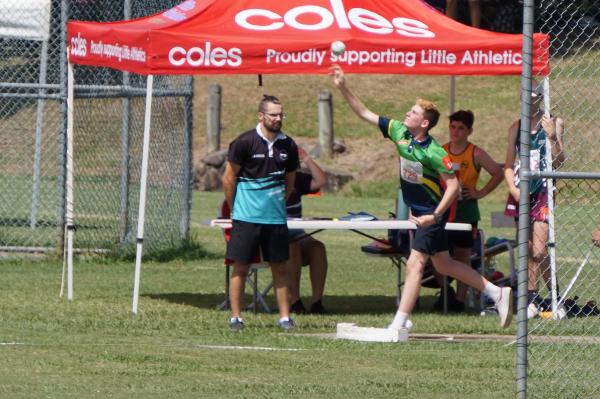 South Burnett Little Athletes measured up against some of the best in the state at the Suncoast Regional Championships in Deception Bay recently.

Some of the students even had their debut at the regionals and battled excitement and nerves to do their best.

“I would like to say that all the athletes in team SB had outstanding performances – the motto of Little Athletics is ‘Be Your Best’ and this is what all our athletes did at the regionals,” she said.

“They showed great sportsmanship, friendship and support for one another and that is one of the most important aspects of an outstanding performance.”

Coming from a small club, many of the athletes all go to the same schools.

“To come to such a big event and hardly know anyone is a very brave thing to do,” Kapernick said.

“It was especially fantastic to see our youngest athletes overcoming their nerves at this event – it is a much bigger competition than our Wednesday afternoon club meet.”

Kapernick thanked all the coaches, parent helpers, committee members and club sponsors for their valuable time, effort and support of the club.

The South Burnett athletes shared their thoughts on the regional championships…

Abbey: Regionals is always a great chance to compete, but also have fun with your friends. Although this year was my last regional championships, it didn’t make it any less memorable.

Chloe G: I like that there was a lot of competition, so I was pushed to do my best.

Dane: I liked meeting and taking on other teams.

Chloe B: What I liked most about the regional championship was that during my field event, and after every track event, the whole club would congratulate me and support me no matter what the result. The coaches would give me feedback to better my next run or jump, and make sure that everyone was having a good time.

Jenali: Competing for the club with my friends, doing my best, and getting to qualify for states in every event.

Emily: Competing for my club with all my friends because they encourage me to do my best.

Belle: I liked that I could choose my favourite five events to do as there wasn’t a set program like regional relays.

Evan: I liked the carnival because I got to see all of my South Burnett team mates competing and having fun together.

Josh: I enjoyed catching up and competing with friends that I’ve made from other clubs.

Tiffany: Everyone had great sportsmanship and I enjoyed having fun with friends throughout the days.

Georgia: I liked that everyone was very supportive. It was loads of fun to get the chance to go to the 2021 State Championships.

Maddison: I like the carnival for it allowed me to see where I stood against other athletes.

Connor: Competing against different athletes, which made me push myself a little more.

Eli: It was challenging but it pushed me to do my best.

Landon: Being with my friends from the Little As club and having a great time.

Harvey: I liked seeing were I placed in my region in my events, and I was hoping to make it to States.

Which event were you most proud of and why?

Abbey: I am always proud to be a part of South Burnett Little Athletics, no matter how well I do, but it’s hard to be proud of a single event when you try to do your best in every event. But more importantly, I find myself extremely proud of everyone else’s results. There were so many outstanding performances over those two days, showing everyone how being part of a small club has its disadvantages, but we never let that stop us.

Chloe G: I was most proud of shot put because I didn’t foul once and I threw all six attempts over seven metres, which I had only ever done once before.

Fraser: The 200 metres because I tried my best and ran really fast.

Dane: My long jump because I jumped really far.

Chloe B: I was most proud of my long jump because I finished in a medal position, and over every jump I improved in length – leading to finish in third place and off to states.

Jenali: I was most proud of discus as I won and got a new competition PB.

Emily: I’m proud of discus, because I did pretty good and qualified for States.

Belle: I was proud of my long jump because I jumped consistently with no fouls and I also equalled my PB in high jump.

Evan: I was most proud of my 80-metre hurdles because I got a PB.

Josh: I was most proud of qualifying for State in all five events.

Tiffany: I was most proud of my high jump because I got a huge PB.

Georgia: I’m most proud of my long jump and hurdles because I qualified for States in these events. In my long jump I got fourth by one centimetre – so close!

Maddison: I’m proud of my discus because I placed third and now I’m off to States – very exciting!

Connor: I’m proud of my javelin because I did a PB and I pushed to new limits and placed first. I also came first for discus and second for shotput.

Eli: It was my first time competing at this level and I did two PBs in discus and javelin, and came second in both. Now I’m off to States.

Harvey: Although I made it through for shot put, I was most happy with discus.