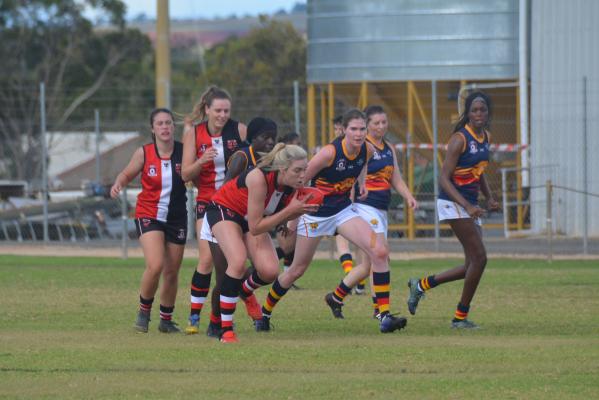 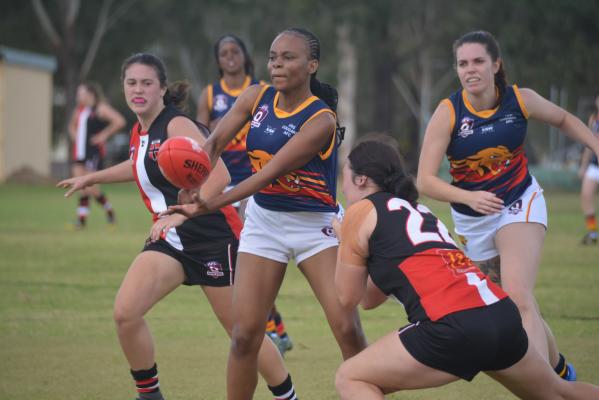 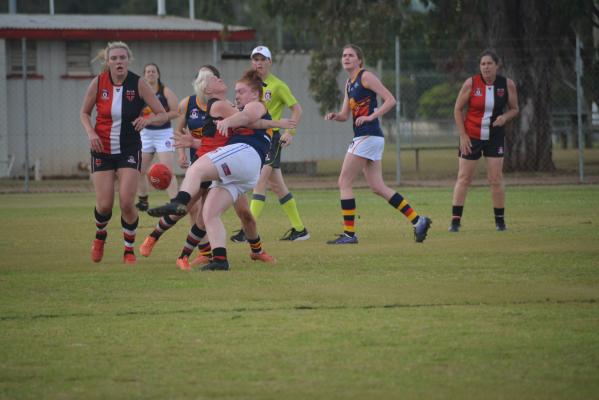 Coach of the South Burnett Saints AFC women’s team, Rosie Pyke, believes her team has what it takes to make the top three as the Saints kick off the start of the season.

The Saints played their first home game, and third game of the season, on Saturday, 8 May, against the University team from Toowoomba.

Despite the final score being 22-79 to University, Pyke said that the team has shown great improvement and things are looking ‘super positive’ for the Saints.

“The start of the season has been interesting, we have a good mix of experienced and new players.

“We have around seven or eight brand new players and some of them are already getting the best on the field rankings,” she said.

Traditionally women have not always dominated AFL, but the South Burnett team is a strong example of women coming together for the sport.

“It’s a cool shift to see, I have been playing all my life and when I grew up girls didn’t want to play.

“Now with women’s AFL on TV, women are willing to get out there and play,” Pyke said.

The team camaraderie and encouraging attitude, was evident as the girls cheered each other on at the Saturday game.

The coach said that there are always positions available on the team for new players and any skill level is welcome.

“As long as they have a positive attitude and are willing to learn we would love to have them join,” she said.

The Saints will play a total of 14 games this season in the competition.

For more information about joining the team, you can contact the club president, Brad Pressnell on 0488976490 or email southburnettafc@gmail.com