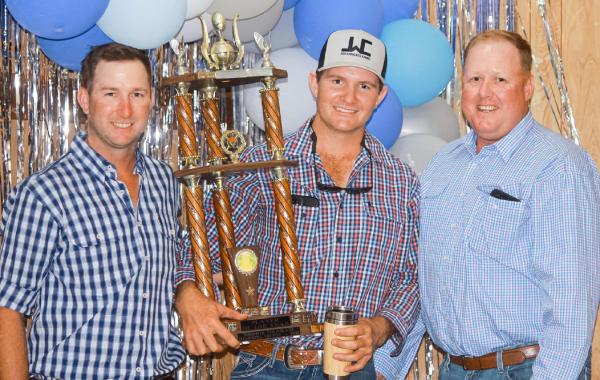 Monto’s rugby league team celebrated its best of the best last weekend, with players, supporters and staff coming together for the club’s presentation night on 9 October.

The event at the Monto Roos’ clubhouse on the town’s combined sports ground saw 11 awards and trophies handed over to the team’s best, fairest and most beloved players.

Attendees were treated to a wide range of snacks and drinks as well as a dinner and entertainment.

The club also paid its respects to the key people behind the scenes, who contribute their time, effort and strength to ensure that game days go smoothly.

“Congratulations to all of the boys who had a massive year and all received their jerseys last night,“ a spokesperson for the club said after the event.

“A massive thank you to all of our volunteers who helped throughout the year, whether it be in the canteen, the bar or anywhere else around the grounds.

“[Thank you] also to our announcers for home games, who at the drop of a hat would turn up and MC the day. To our FAOs and water runners, we couldn’t have played without you.

Tyson Dahtler took home the titles of Player of the Year and Players’ Player at the awards night, with Rookie of the Year being jointly awarded to Dan Phillips and Kurt Evans.

Tyson’s brothers Jarod and Brock also received their share of laurels, earning commendations for Most Points and Most Consistent, respectively.

“A big thank you to everyone who came along and helped celebrate our year,“ the Monto Roos’ spokesperson said.

“Also a big thank you to our sponsors who have supported us for 2021! It’s been a fantastic year and we look forward to bigger and better things in 2022.“

Player of the Year: Tyson Dahtler

Clubman of the Year: Aaron Durre