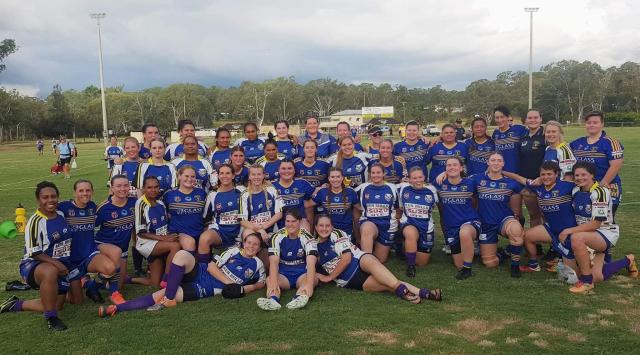 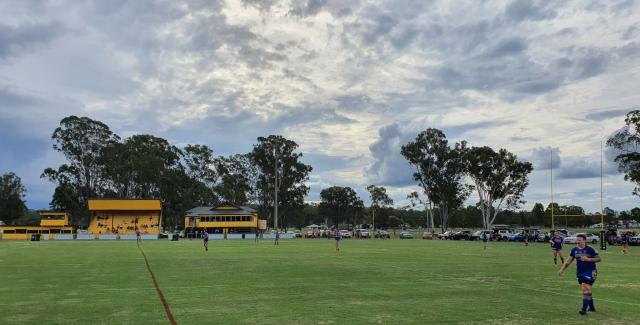 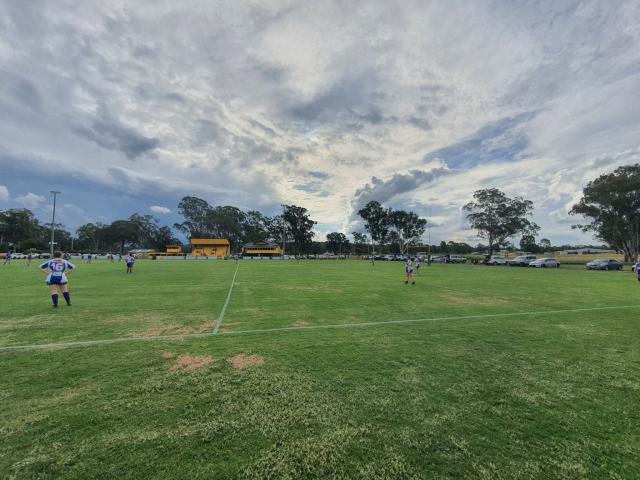 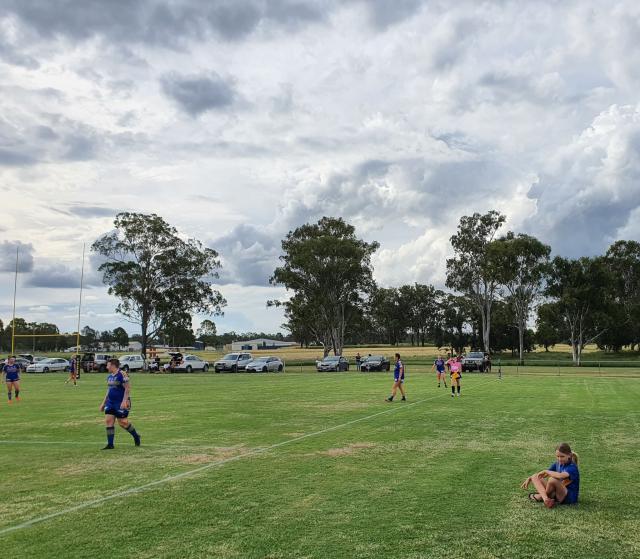 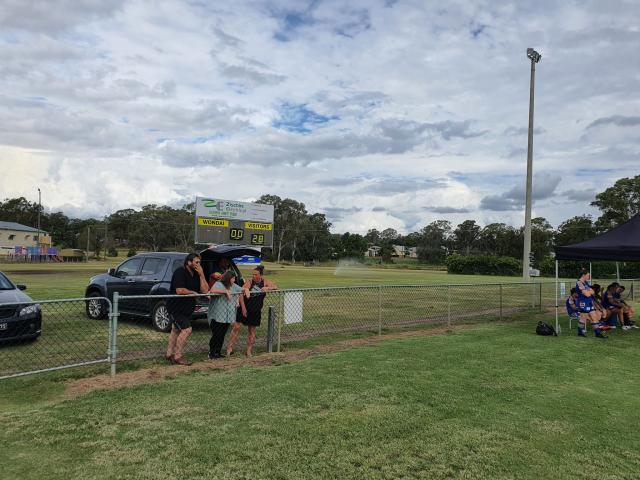 The South Burnett’s womens’ rugby league team took to the field for the very first time last weekend, facing off against Noosa’s squad in a trial match on the Wondai Sports Ground.

The South Burnett Eagles clashed with the Noosa Pirates on Friday at 3pm, losing with a final score of 30-6 – but in the eyes of Eagles coach Brittany Holding, the game was still a great success for the fledgling team.

“I am extremely proud of the ladies,” Brittany said.

“We’ve had 7 weeks of training and [the] majority has been ball skills and attack.

“But throughout the game our defence was sublime, which was a credit to the girls, as [the] majority of them have never played rugby league before!

“We went down 30-6 but that score does not reflect the game. It was a tough, physical, grinding game of back and forth and [it] was great viewing for all that attended,” she added.

Players Holly Patton, Elyse Williams and Jamie Alberts were also honoured for their performances on the day.

“Also, the crowd! It was a huge turn out; our upstairs clubhouse was packed and three sides on the field were full with cars, as well as the grandstand,” Brittany said.

“It’s absolutely wonderful to have a strong, established womens side travelling to the Burnett for rugby league!”

The Eagles’ coach explained that, going forward, the clash between the South Burnett and Noosa will become a commemorative annual game – the ‘Reef & Beef Shield’.

“We’ll be looking to win it back next season,” Brittany said.

The South Burnett team’s season will officially kick off in May this year, but the club will still get plenty of opportunities to play before then.

“We are taking an under-14s and under-17s team to the Wide Bay 9’s on 2 April over at Hervey Bay – they will host us for the day,” Brittany explained.

“We have a team filled with talent and depth and I am extremely optimistic about the season ahead.”

The excitement on the coast will be followed up by another trial game in Wondai on April 9.

After their successful first outing against Noosa last weekend, a spokesperson for the Eagles took to the club’s Facebook page to thank everyone involved in making its long-awaited debut happen.

“We thank our team staff for helping us out on game day and all the work put in during the week and behind the scenes,” they wrote.

“Every single woman played their hearts out,” they added.

“This goes to show we are well supported and followed by our community and we can’t wait to start fixtures and get some home games going!”

The South Burnett Eagles players are: