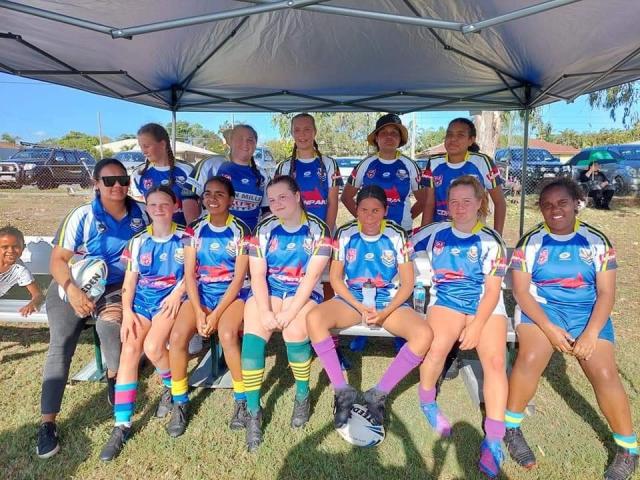 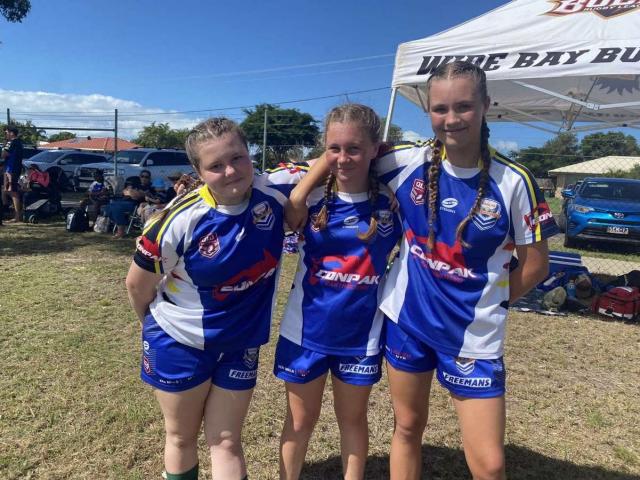 Just days after hosting the Noosa Pirates womens’ side in Wondai, the South Burnett’s womens’ rugby league team has made another big splash in a regional competition, with their open squad coming runners-up at a competition in Hervey Bay.

The South Burnett Eagles female rugby league team sent an under-14s and an opens squad to the Wide Bay Womens’ 9s rugby league competition at Hervey Bay’s Ralph Stafford Park on Saturday, 2 April, where they faced off against teams from the Fraser Coast and Bundaberg.

Despite a strong effort in both games, the under-14s side had to concede defeat against their opponents, losing against Fraser Coast 12 to 6 after a try by Taya Solomon and against Bundaberg 16 to 8 after tries from Bella Barrett and Summer Sullivan.

However, the opens’ section is where the Eagles truly soared, making it all the way to the grand finals, where they just narrowly missed out on hoisting the trophy after a close 12 to 10 loss against Fraser Coast.

Their grand final opponents had also beat the team in the preliminary rounds earlier that day, again by only 2 points, taking home a 10 to 8 victory, but after bouncing back against Bundaberg 6 to 4 the following game, the Eagles had another shot at vanquishing their Fraser Coast rivals.

While just falling short, the Eagles caught the eye of attending Wide Bay Bulls staff, with 10 out of the team’s 14 players selected to represent the Wide Bay as part of the 47th Batallion team.

A spokesperson for the Eagles addressed fans, players and supporters on the club’s Facebook page after the tournament.

“We had an absolutely fantastic time down at Hervey Bay – we really showed what we have to offer for the season to come!

“Our ladies really played out of their skin today. Up the Eagles!”