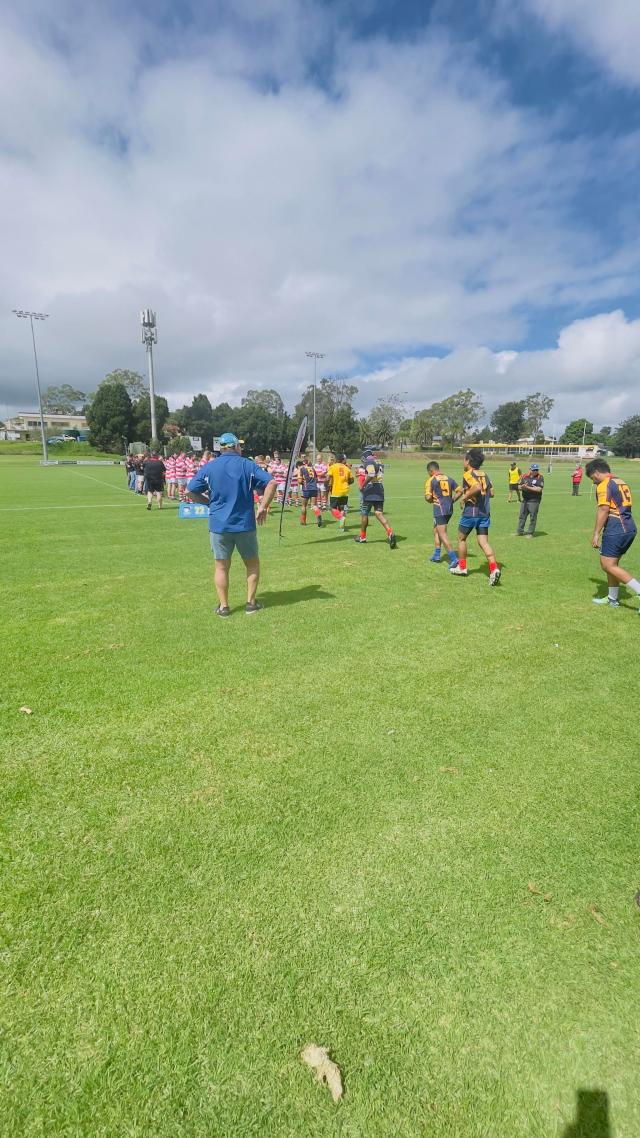 After a nearly ten-year hiatus, the South Burnett Thrashers rugby union team is back in the game, following an explosive victory in their season opener against Toowoomba in the Darling Downs C-grade competition earlier this month.

The South Burnett Thrashers faced Toowoomba’s Rangers on 9 April at Gold Park, the home ground of the Toowoomba side, in their first competitive game since 2013, wowing the crowd with a dominant 55 to 7 win.

“We had an unbelievable start to the season,” Thrashers club president Jamie Shirlaw said of the game.

“We were given a very warm welcome back in the Downs Rugby comp, with the other teams making a tunnel for the Thrashers to run onto the field.

“This was our first competition game since our last season back in 2013. It was great to see the team start with a strong performance, but they deserve it.

“The squad has been training since the start of November last year and had trial matches against quality teams in higher divisions,” Mr Shirlaw added.

The Thrashers had some of their first trial matches since their recent reformation just one month before their competitive start, facing off against tried and true teams from Condamine and Taroom when their own roster contained eight players who had never played rugby union before; now, the team has climbed to the very top of the rankings in the competitive scene.

“I wasn’t at the game but [the coach]Mike Bishop told me that, just like in the trial matches, our defence was outstanding,” Thrashers president Jamie Shirlaw explained.

“This opened up many scoring opportunities for the boys.

With their unassailable 55-point victory – a points difference of 48 – in Round 1 of the Darling Downs competition, the Thrashers are now firmly in first place of the rankings, beating out Dalby to take the top spot in the eight-team line-up.

The Thrashers enjoyed a well-deserved bye over the Easter weekend and will next face the Gatton Black Pigs at the Warwick and District Rugby Union Club on Saturday, 30 April.