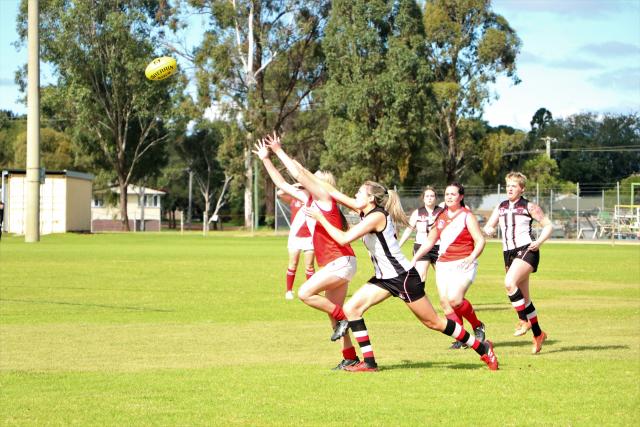 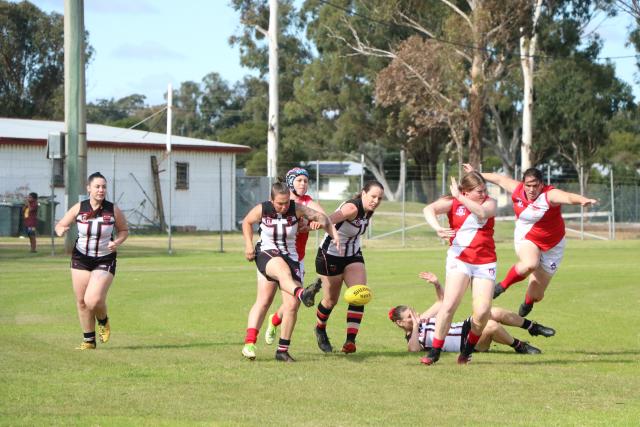 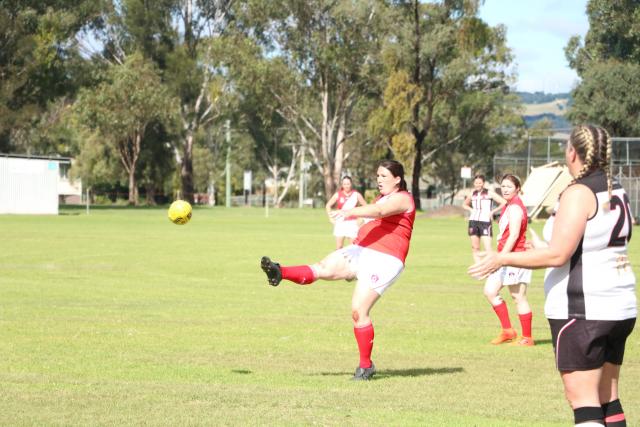 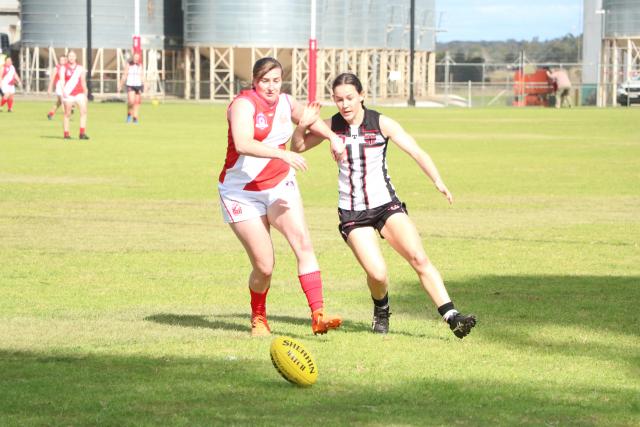 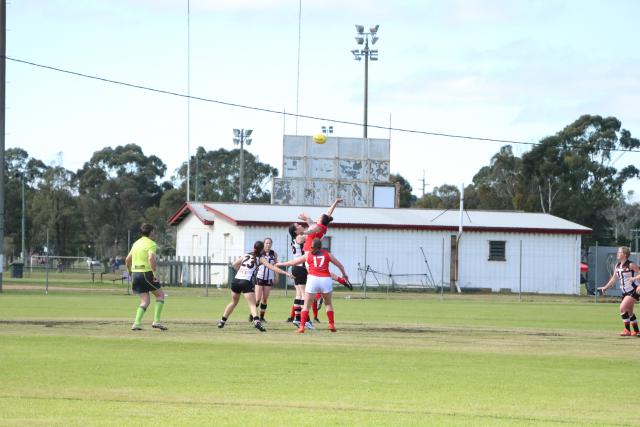 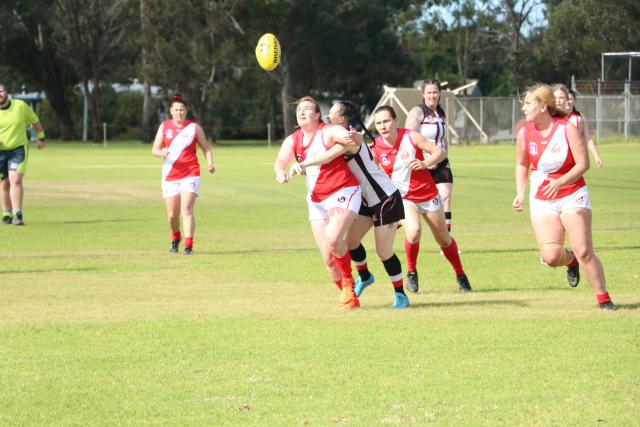 The Saints and Swans clashed on Kingaroy’s Sports Grounds just after noon last Saturday, with both teams fighting to escape the bottom rungs of the five-team Darling Downs competition ladder.

The Dalby Swans dominated all four stages of the game, ending the first quarter with eight points – one goal and two behinds – to the Saints’ seven.

Swans players scored another goal in Q2 and five more in Q3, while the Saints’ offence could only muster a behind each per quarter, leading to the teams retiring at the end of the third quarter with a score of 44 to 9 for the Swans.

The final part of the game saw the Saints attempt a last-ditch effort to score, adding another three behinds to their tally, but the Swans’ earlier domination proved to be too difficult to match and the two teams parted with a final score of 45 to 12.

The Dalby Swans remain in fourth place, while Toowoomba’s Tigers sit at the top of the ladder.