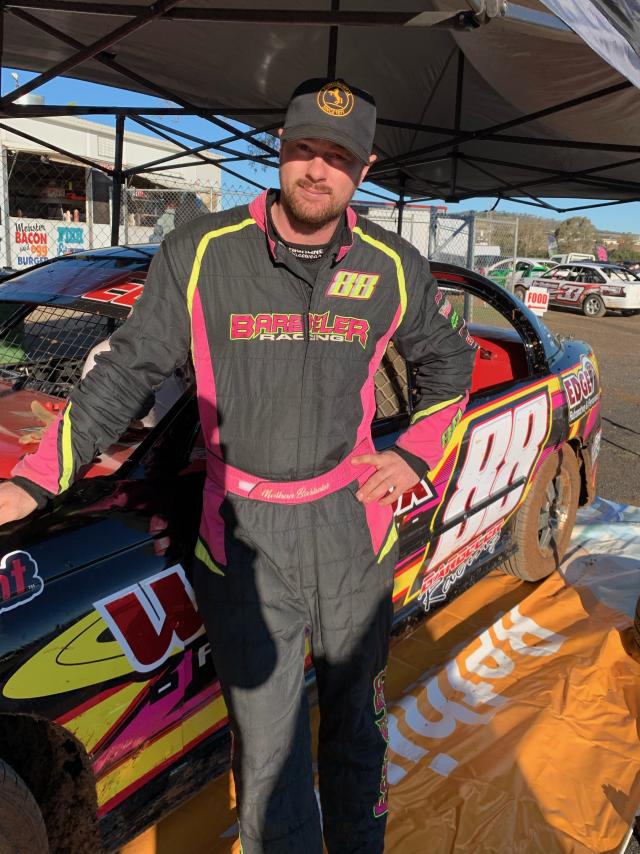 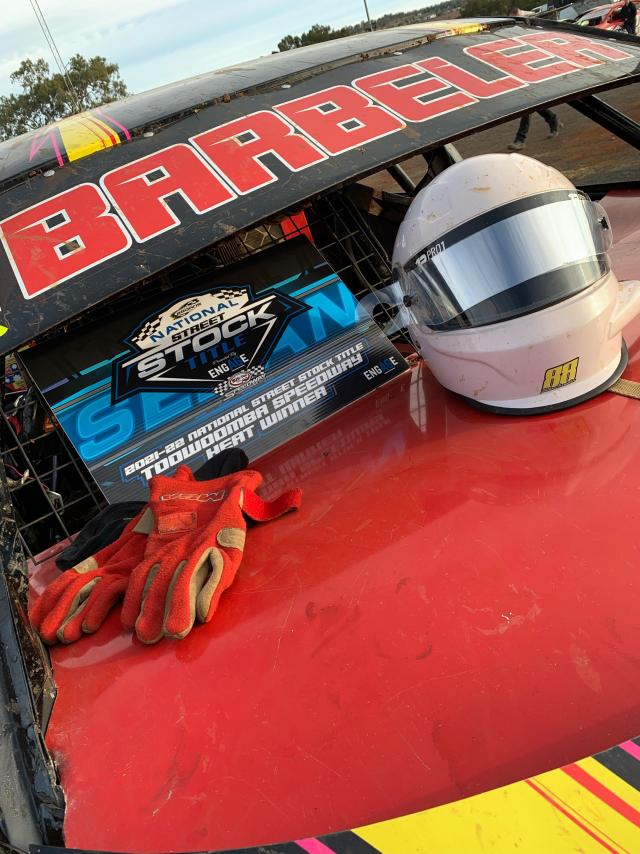 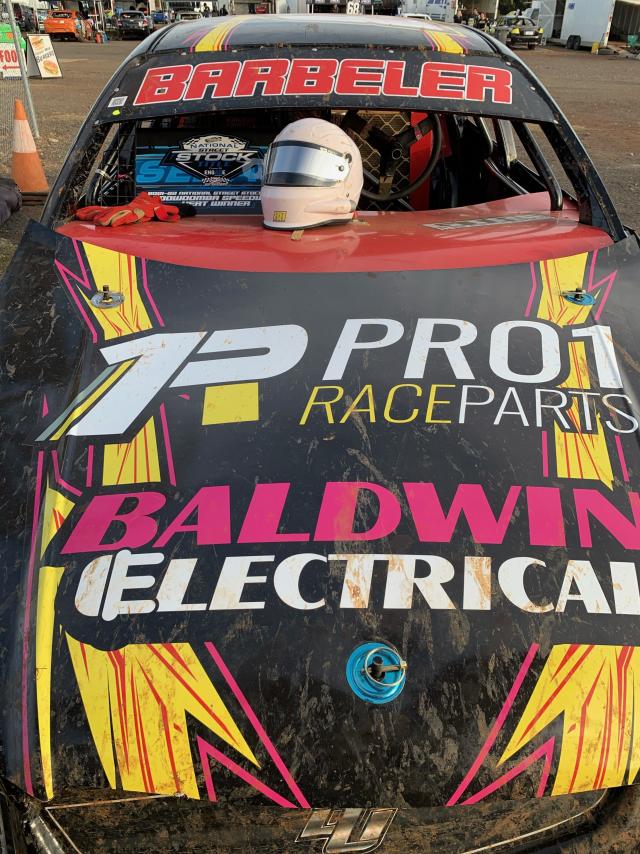 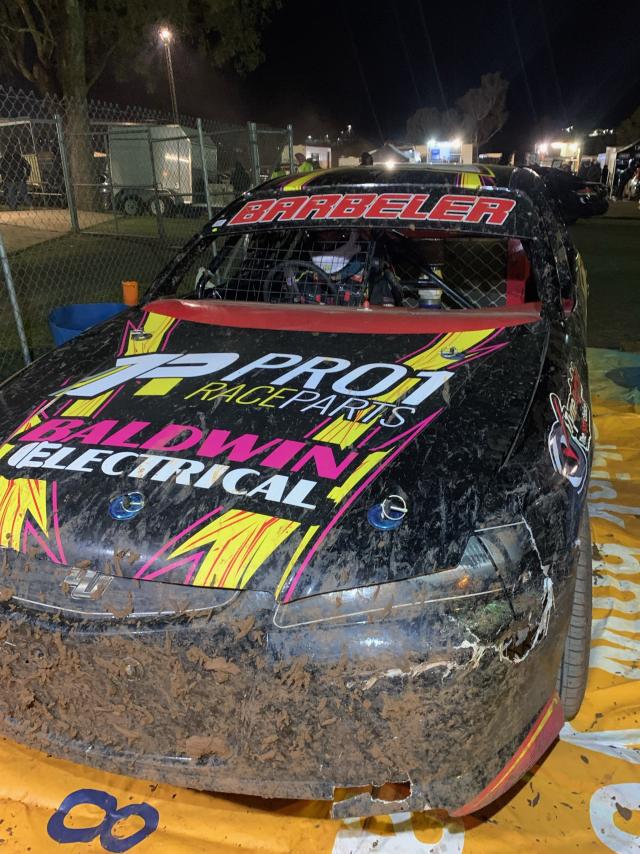 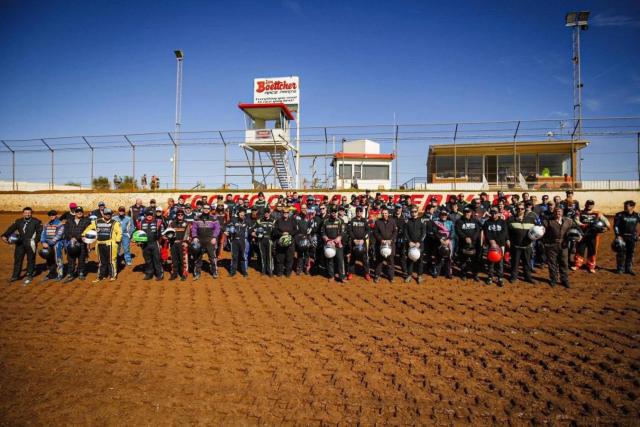 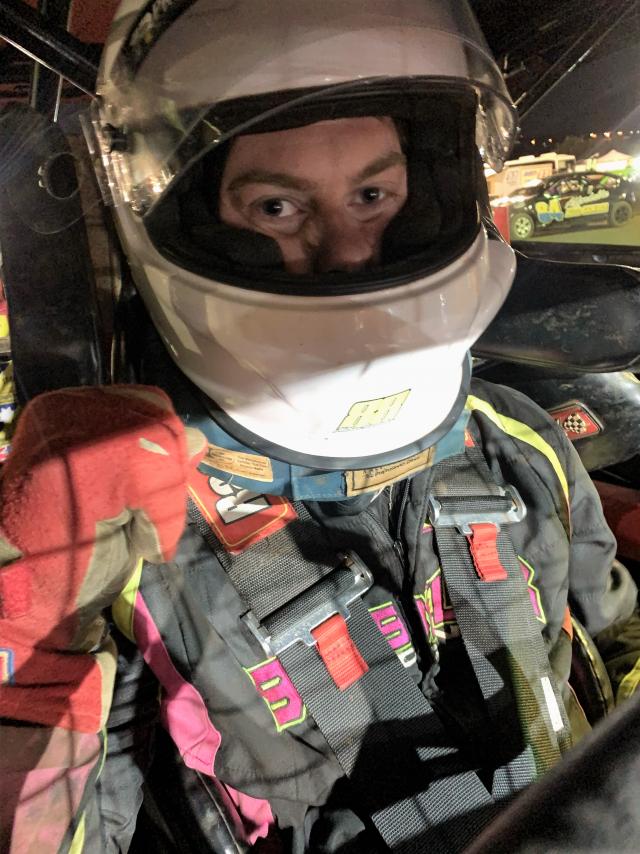 An absolutely triumphant effort brings Nathan to the national podium.

Kingaroy’s Nathan Barbeler came fifth in the Australian SSA National Street Stock Championship held in Toowoomba over the weekend of 11 and 12 June.

The skilful driver made his way up to the podium from 22nd.

100 cars came from all over Australia to compete in the event.

Michelle Barbeler, Nathan’s mum said the family were very proud of him.

“He never gave up all weekend with the endless challenges being thrown at him from all directions, both David and I were absolutely ecstatic and couldn’t be any prouder of Nath,” Michelle said.

Michelle said that after the first few heats the odds weren’t looking too good for Nathan, but he persevered and did quite well for himself.

“Starting last out of 22 of Australia’s best cars, 40 laps were a bit daunting but he just kept focusing on his game plan for the big race,” she said.

“After a few stoppages he worked himself up to 13th then eventually secured 10th position. Yellows come on again and there were only 12 laps left to run so he thought to himself ‘now it’s time to make some moves’.”

“Off he set, picking them off one at a time, he got up to sixth with two laps to go then Nathan swooped into 5th position and secured his spot on the podium.”

“David and I were jumping for joy; he’s made the top five in Australia!”

Michelle said with speedway you either love it, or you hate it, but once you start, you can’t get enough.

“It’s addictive, the speedway community is a very tight community,” she said.

“Everyone’s there to lend a hand, it’s a great community to be involved with.”

Many people that Michelle has spoken to about speedway are surprised by the skill and knowledge that is required to run a good race.

In stock sedans, they could be racing either clockwise or anti-clockwise dependent on the flip of a coin.

This means that competitors can’t set their cars up to drive in a single direction.

Michelle extended her congratulations to the winner; Anthony Beare, as well as Matt Nelson who finished second, Steve Gartner who got the third, Justin Brumfield with 4th and all the other drivers.

“A special shout-out to Travis Hutchy, Kent Shelford, Ricky Gill, Edge and Razz, couldn’t have done it without you guys. Thanks heaps from our humble little race team.”

Barbeler racing would also like to thank its sponsors.