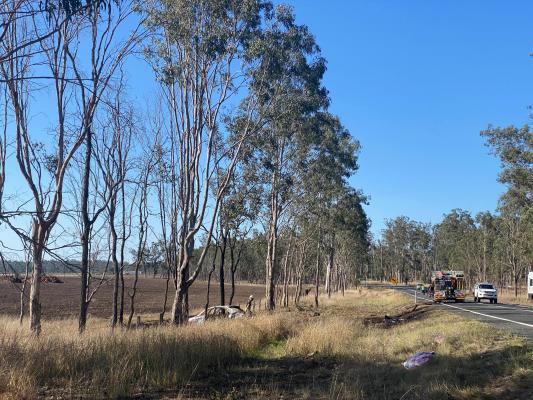 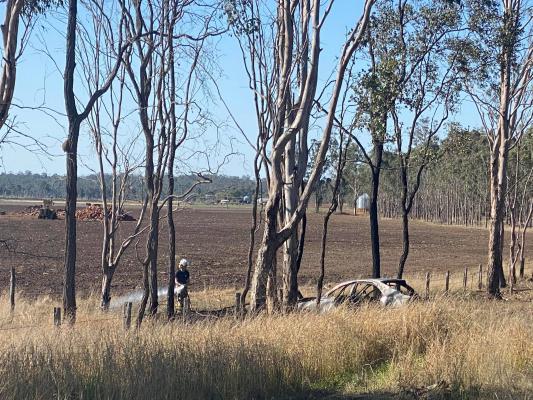 BREAKING: Queensland Ambulance Service paramedics are transporting one patient to hospital after a crash 3km north of Nanango.

A QAS spokeswoman said they were called to the scene at 2.33pm along the Burnett Hwy to a single-vehicle crash.

Crew reported a man with minor injuries was being taken to Kingaroy Hospital in a stable condition.

A QFES spokesman said when crews arrived the car was “fully involved”, causing a 15 x 15 metre grass fire to burn around the vehicle.

The road is now open and QPS urge drivers slow down and take caution on the road as emergency crews work to make the area safe.