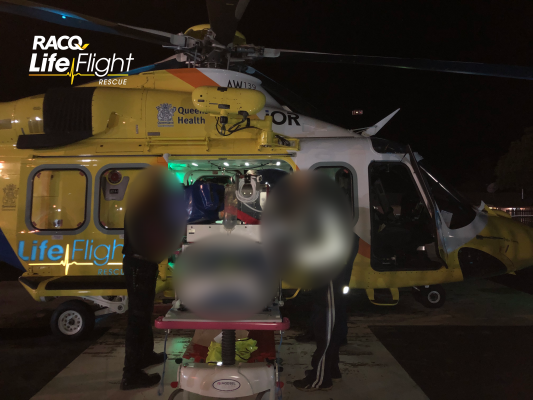 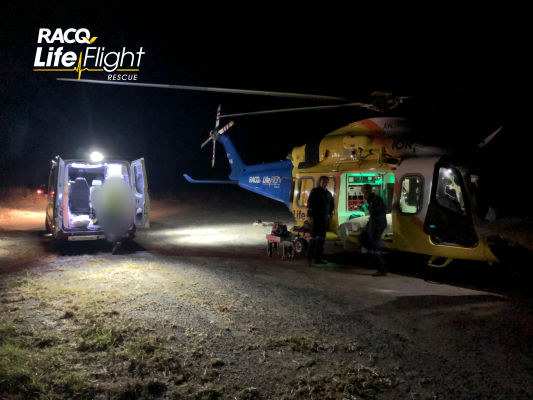 A man in his fifties has been airlifted to Toowoomba Hospital after a late night crash in the South Burnett overnight.

It’s believed the man was travelling along a highway, when he lost control of the vehicle and crashed into a tree.

The Toowoomba-based RACQ LifeFlight Rescue chopper was sent to the scene around 11pm, where the pilot was able to land nearby.

The aeromedical team worked along paramedics from the Queensland Ambulance Service to stabilise the man.

He’d suffered suspected back injuries and was flown in a stable condition to Toowoomba Hospital.