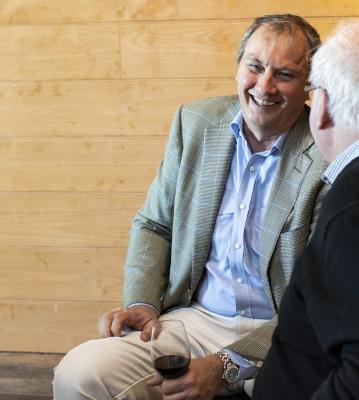 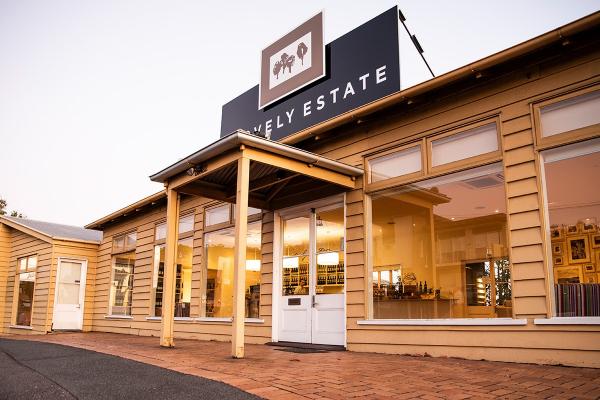 Clovely Estate’s founder and owner, Brett Heading, has been recently presented with the 2020 Samuel Bassett Award which recognises his significant contribution to the Queensland wine industry.

The award was presented at a special ceremony at the launch of the ‘Vine and Shine Trail’ held at Sirromet Wines on 24 November.

For Brett Heading, this award is a well-earned acknowledgement of his 20 plus years as a wine producer in the South Burnett as well as his passion for supporting the Queensland wine industry and helping it become recognised as amongst the country’s best.

“One of the things that pleases me most about our achievements in the industry over the past 20 years is that Queensland wine has shaken off any cringe factor and is now served very proudly by the Governor at Government House, in many of the top boardrooms around the city, and by Queenslanders entertaining guests,” he said.

The award also recognised Clovely Estate as helping innovate and inspire new opportunities by establishing its City Cellar Door venue in the Brisbane suburb of Red Hill 13 years ago and by being one of the early exporters to China.

Brett Heading’s family has farmed in the South Burnett for over a century and when he started the Clovely Estate vineyards in 1997, he was following in a family tradition of trying different possibilities on the land.

Like other local vineyards, Clovely Estate has had to surmount the problems of extreme weather events – fire, flood, hail and drought – but the local terroir has proved capable of producing many award-winning wines. It especially excels with Mediterranean varietals.

Brett Heading said it has always been part of his approach to encourage his management team to develop their skills and be involved in the industry.

“I am proud of the way our management team have grown in their roles and become preeminent winemakers and viticulturists,” he said.

Brett Heading said there is still more to be done to help Queensland wine reach its full potential and he is excited about the new Vine and Shine Trail initiative introduced by the Queensland Wine Industry Association, which will encourage the regions to promote each other and not just the wineries within their region.

In accepting the award, Brett Heading wanted to acknowledge the many other people who made it possible.

“I thank the friends and syndicate members who joined the Clovely journey in 1997 with capital and encouragement,” he said.

“I also sincerely thank my life partner Susan Mercer, for her energy, resilience and style in taking our brand to another level.

“And finally, I acknowledge the great contributions of our general manager Aaron Stephan, winemaker Nick Pesudovs, executive chef Mike Kirwin, our brand consultant Nicki Lloyd as well as the whole Clovely team in Brisbane and the South Burnett.”

The award comes just a couple of months after Clovely Estate was also named #eatqld Champion in the Queensland government’s campaign to encourage the community to eat local, stay healthy and support jobs in the state’s agricultural sector.