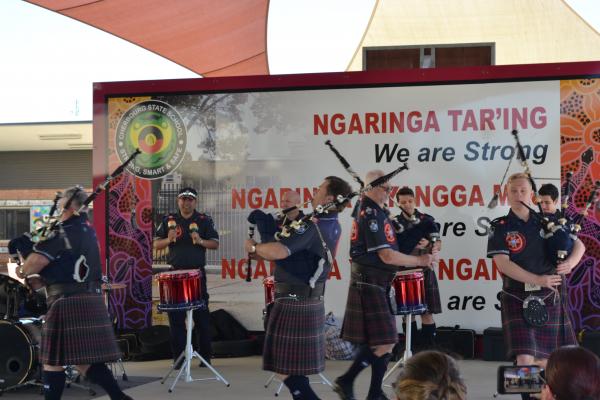 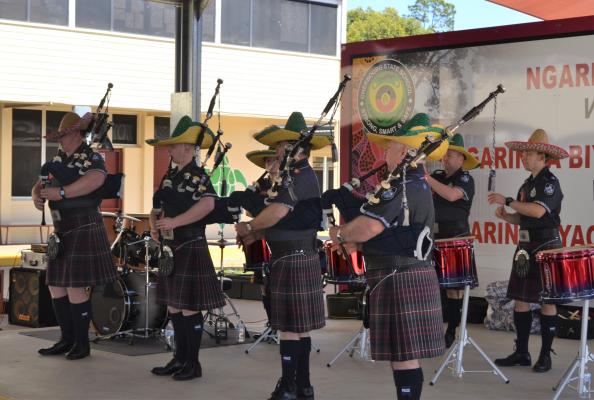 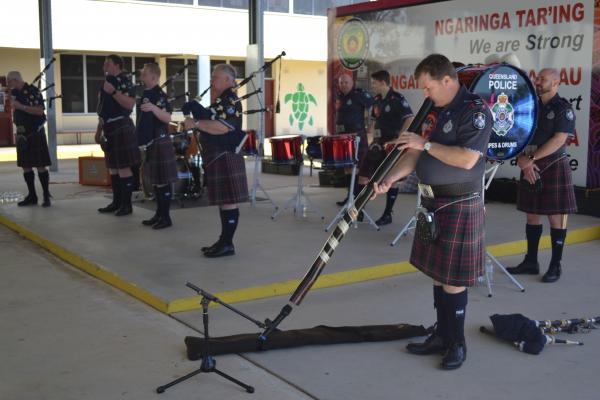 Beginning 62 years ago, Queensland Police Pipes and Drums, Kops in Kilts perform all over Queensland.

The performance at Cherbourg was loud and entertaining, with many students getting up to dance in time with the music.

Cameron is the officer in charge of the Queensland Police Service Pipes and Drums band, and he enjoys playing to audiences young and old.

“What I love the most about doing what I do is being able to interact with the people of Queensland, young and old, and show them the Queensland Police Service in a different light,” Cam said.

“It’s about breaking down barriers,” he said.

Another performance was at Orana Aged Care later in the afternoon.

“The performance at Orana was a bit tricky,” Cam said.

“Half the residents were in lockdown. The band played to a smaller audience, but it could still be heard by those in lockdown.”

“We look forward to coming back to the area in 2022 to do some more school performances in the Kingaroy area,” Cam said.

Everybody certainly cannot wait either.