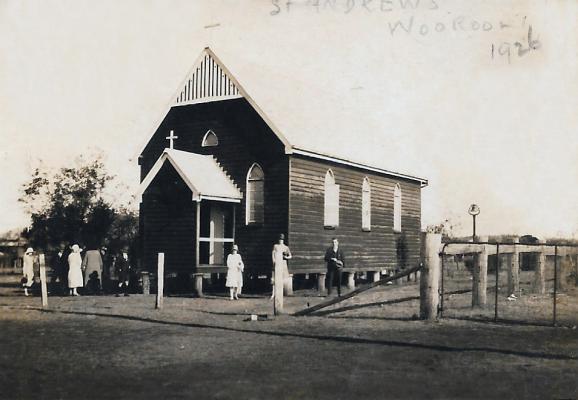 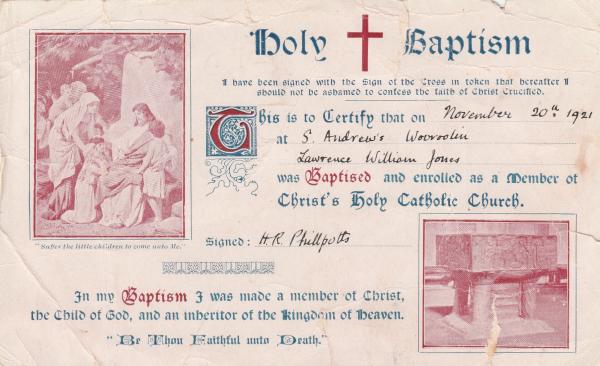 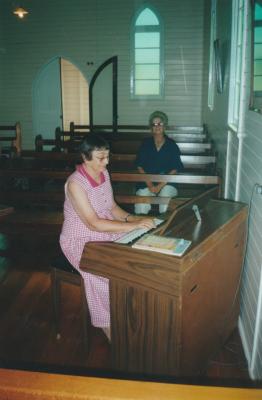 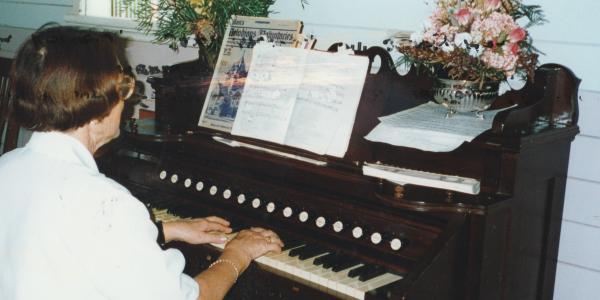 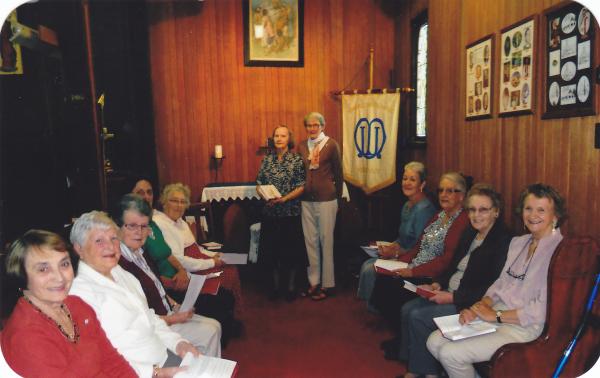 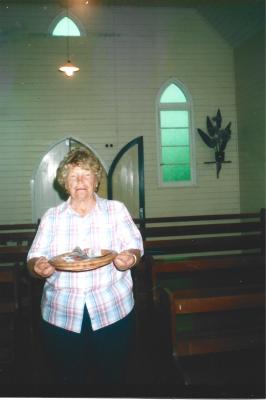 This Sunday, 21 November, St Andrew’s Church in Wooroolin will celebrate their centenary.

With countless weddings, christenings and funerals taking place inside the building, it is full of history and rich with memories.

Burnett Today reader, Carol Berry, has been working tirelessly on a centenary booklet, piecing together the legacy of the church.

We decided to publish some excerpts from her findings here:

A message from the Church Warden

I feel deeply honoured to have been asked to write the foreword for our centenary booklet.

Our little church, St Andrews was dedicated by Archdeacon Osborn on the 20st of November 1921.

Since that day, dedication has played a major role in our longevity and our growth in the community.

Our Pioneers could not jump in the car or phone someone at random. No, it took careful planning and dedication to arrange and attend the many activities associated with a devout congregation in those early days.

We have experienced good times and bad, sorrow and joy, have seen many changes and witnessed undreamt of events such as space travel, the wonders of medical science and so on.

As you journey through our booklet you will be reminded again and again of the dedication of all who have gone before and those who are here today.

In 1899 an application for 160 acres of portion 155v in the Parish of Wooroolin by Mr Alexander Hogg was accepted.

In 1909 Mr Hogg subdivided this land and sold subdivision 3 of portion 155v to Mr Andrew Jessen and his son Mr Andrew Frederick Jessen. In the same year they advertised 25

allotments in a subdivision sale in the most central business position of Wooroolin. This subdivision is what we now know as Short Street. The first Titles registered were for Mr Daniel Richard Dalton and Mr Herbert Neil Campbell.

In 1914, Messrs Andrew and Frederick Jessen donated Re-subdivisions 15 and 16 of subdivision 3 of portion 155v to The Corporation of the Synod of the Diocese of Brisbane.

It was not until 1921 that the parish was able to build a church on the site. Mr Tom Quail and Mr

George Lindholdt were the builders and all members of the Church worked hard to raise money to pay for the building.

The church was opened on 20 November 1921. Archdeacon Osborn travelled from Brisbane to

dedicate the new church at Wooroolin and preach at Kingaroy the following day. The first Rector being Rev HR Philpotts.

We have not found any records regarding the furnishing of the church in 1921 but have discovered some information in the Ladies Guild Minutes as well as inscriptions on gifted items over the years.

In 1970, the original Altar from St Andrew’s was taken to St Michael & All Angels’ Kingaroy and placed in the Mothers’ Union Chapel.

St Andrews was fortunate to have that Altar replaced by the one from the original St Paul’s Church in Kumbia when a new bigger brick building was built.

The minutes of the 47th Annual Meeting of St Andrews Women’s Guild read:

The Altar had been replaced from Kumbia. Thanks to Dick Evans for polishing same. New curtains had been added and new Altar rails donated by Champney & Trout families.

congregation during the service.

purchase a new organ for the church.

The Estey Organ arrived in safely and an Organ Recital was held in the Church on Tuesday 27 August and followed the Evening Service at 7:30pm. In accordance with the expressed wish of the Rector Organ music only was played with many performers.

This organ is still at St Andrews Church but no longer played. The president’s report of the 64th Annual Meeting of the Ladies guild in 1989 stated: I must mention our Organist, Josie. Sometimes when it is very dry our organ plays up and Josie’s poor legs have to work overtime to pump up the bellows.

Josie Champney played the Organ for most services from 1955 until 1994 when ill health spoiled her record. The President’s report in following years mentions thanks to Jan Edwards and

Lorraine Crawford when Josie was not available. Many thanks to Jan Edwards who continues to play the more modern organ at St Andrews Services.

Priests in the parish of Kingaroy since St Andrews’ beginnings

Unfortunately, in 2020 with the advent of the Covid-19 pandemic we, like all other churches, were subject to severe restrictions. This was made worse by the absence of a full-time priest. Our sincere thanks go to Gwenda Allen for stepping in with Morning Prayer on many occasions and Father Ian Bailey and Reverend Barbara for performing our Sunday Services when available. We are deeply appreciative of your Ministry.

In August 1925 a meeting of ladies of the St. Andrew’s Church of England was held, the Rev. Mr. Attkins presiding, and it was decided to form a Women’s Guild. The officials appointed were:

A note from the author, Carol Berry

I would like to thank the members of Wooroolin Ladies Guild for allowing me to document the story of St Andrews.

When I volunteered for this job I did not think it would be so interesting and emotional but what a wonderful surprise.

I was unaware of the history of this small country church.

How wonderful to find that my Grandma Lizzies step-father donated the land to the Synod of the Diocese of Brisbane in 1914 and that plates that were donated by my Grandmother, Lizzy Jones, many years ago are still being used during functions held in the church hall.

I have enjoyed the journey through time learning so much about not only my own family but others who lived or still live in the Wooroolin community.

I ask forgiveness in advance for any oversights or errors. We are lucky to have so much of the history available to us but there is much missing which means that some families or activities are probably not mentioned.

Many thanks to Heather Webb for your assistance in the history of our church as the person having the longest association with St Andrews.

My special thanks to Marabelle Kerkow who has been a member of the Ladies Guild at St Andrews since 1993 and took over the President and Treasurer position in 2013.

Mum will be proud of you.

Thank you Marabelle for your continuing support and guidance.

St Andrew’s centenary celebrations will be held at 11 Short Street in Wondai on Sunday 21 November.

The communion service will commence at 10am with Bishop, Cameron Venables.

The church asks guests to bring a picnic lunch to share with tea, coffee and water all provided.

Full copies of the Carol Berry’s centenary books will also be available for purchase on the day.