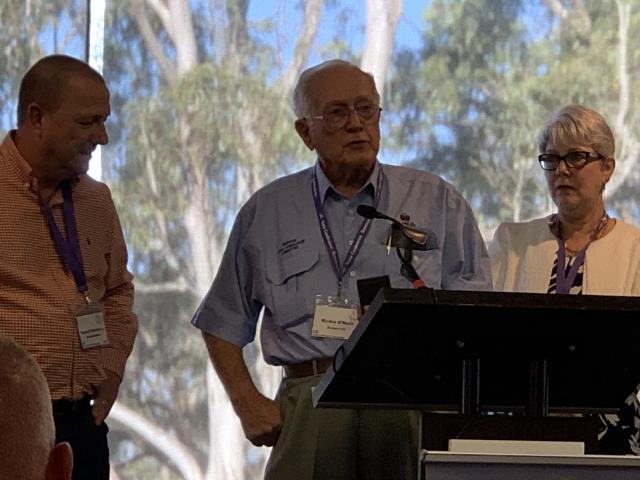 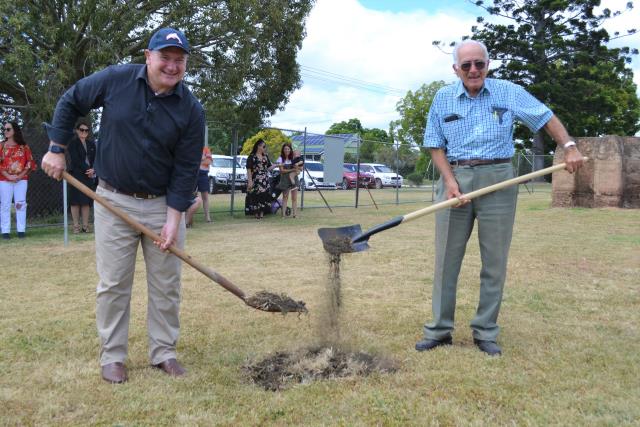 A Murgon community hero was recently recognised for half a century of volunteering work for his local ambulance committee at a Darling Downs Hospital and Health Service ceremony in Dalby.

Richard ‘Richie’ O’Neill received an award for 50 years of commitment to the Murgon Local Ambulance Committee on Tuesday 23 November, marking an impressive milestone for the nearly 90-year-old.

The life-long Murgon local started volunteering at his town’s LAC when his mother, Kathleen O’Neill, hung up her boots at the committee after almost 32 years of service.

“When my mother retired from the Committee, I came in to fill her position,” Mr O’Neil said.

“Of course, I’ve always had an admiration for the Ambulance Service, but I’ve never intended for it to be 50 years.

“The way things went, with the changes to the Service that were brought about, enticed me to carry on and not realise how fast the years went by. The 50 years just sort of crept up on me!

“But the more you think about it, you really feel quite proud that you’ve achieved that sort of milestone.”

In his time at the Murgon LAC, Mr O’Neil and his fellow volunteers have seen and embraced a wide range of changes to the service.

His contributions to the LAC include raising money to pay the wages of Murgon’s paramedics, purchasing new vehicles for the ambulance fleet, and instigating work on the Rural Road Numbering System to make the work of first responders easier.

“Over the years, it’s become well-known what the Murgon Ambulance Committee have done for the ambulance staff; paramedics around the state have heard of it,” Mr O’Neil said.

Mr O’Neil and his fellow volunteers at the Murgon LAC are already planning further improvements to the system to keep helping the community; but for the nearly 90-year-old local champion, a well-deserved retirement is around the corner.

“I’m proud of the fact that I was involved in what we have now – we have a world-class ambulance service here in Queensland,” he said.

“That’s what the Committee is about – it’s a link between the actual ambulance service and the community.”