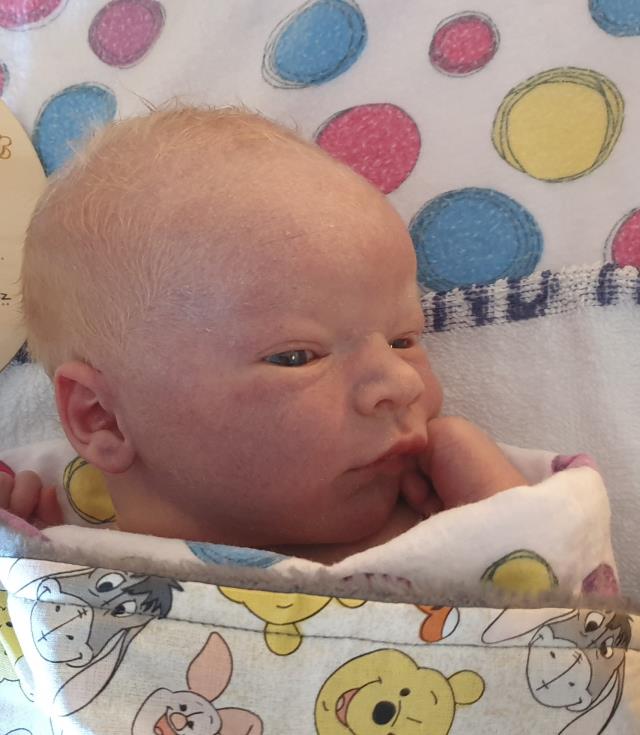 At just two and a half weeks old, Zachary Zane Moller is already melting hearts.

He was welcomed into the world at 1.10am on 3 January 2022 to Kingaroy parents Ben and Shania Moller.

Zachary became the first baby on the record books to be born at the Kingaroy Hospital in 2022.

“It feels weird having my baby as the first since it was a few days into the New Year,” Shania said.

“But I have to laugh, when I had my dating scan the sonographer joked with me about my baby being the first for 2022 because I have babies early -I didn’t think it would actually happen though.”

The Moller family calls Kingaroy home and have lots of family around for support.

“Family means everything to us,” Shania said.

They were also thankful for the support they received at Kingaroy Hospital.

“We’d like to thank the Kingaroy Hospital staff for making us comfortable from start to finish and being so supportive,” she said.

“They went over and beyond for us even in these difficult times, I couldn’t have asked for a better experience.”

As for young Zachary, the family are already seeing glimpses of his personality as he grows.

“He absolutely loves poking his tongue out at people and has already melted everyone’s heart,” Shania said.