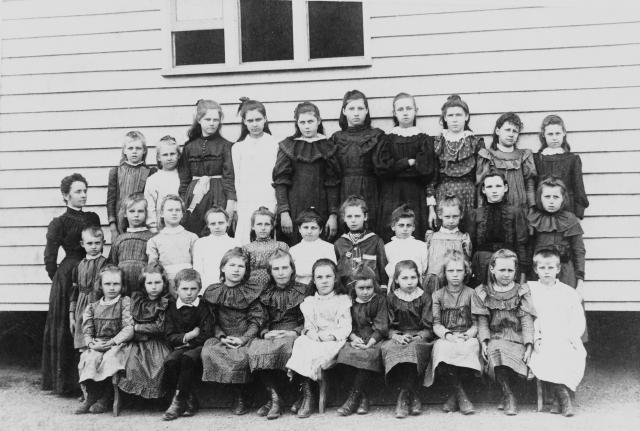 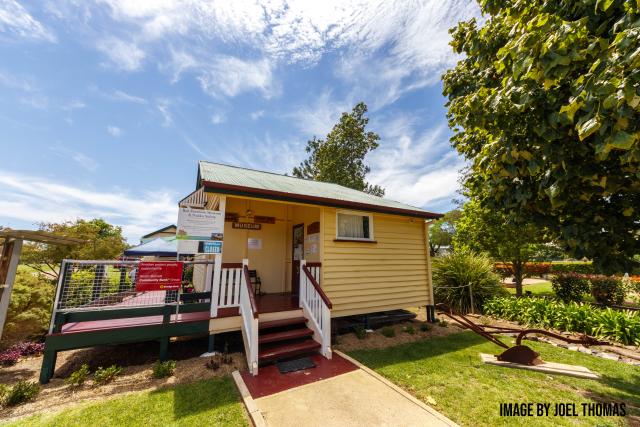 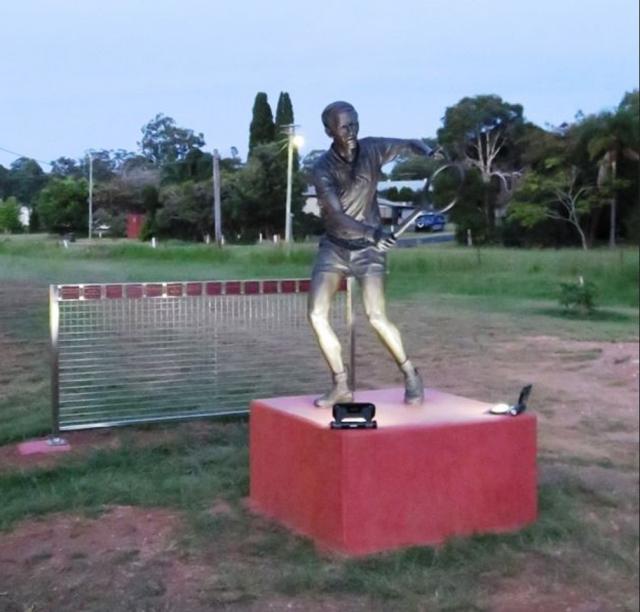 The school at Blackbutt was first opened as a provisional school in January 1896 situated on the Crows Nest Road at a site known as Little Belgium, the school also functioned as the region’s post office.

It became a state school in 1909. A new building at Crofton Street Blackbutt was constructed in 1933.

The Taromeo Provisional School came about following public agitation for a school to be established in the region.

In 1908 the owner of the Taromeo sawmill wrote to the Department of Public Instruction advising that there were sixteen children of school age in the district and that more families would move to the area once a school had been established. After an inspection of the proposed site, the school building went ahead and was completed by September 1909. The school was opened in October 1909 with an initial enrolment of ten pupils.

By 1910 there were many families and their children living at the construction camp of the Blackbutt railway and those children were not receiving any kind of formal education. At that time the rail line was being extended firstly to Benarkin in 1911 and later to Blackbutt in December 1912.

The district was subsequently inspected by Inspector H. Canny to ascertain the possibilities of establishing a school on the site. Canny spoke to many of the families in the district, most of whom claimed that a school was badly needed. He recommended that a small school of canvas with a wooden floor be established. The school was eventually opened on 4 July, 1910 as McNamara’s Camp Provisional School.

This school was moved to Well Holes in November 1910 and the name changed to the Well Holes Provisional School and was replaced by a more substantial structure in 1913, then it was closed in 1920 due to poor attendance figures.

Despite years of public agitation calling for the reestablishment of a school, nothing was achieved until 1935 when a new school was constructed. However this school was destroyed by fire before it could be occupied and the head teacher opened a temporary school on the verandah of his home until a second school building could be built, this was opened in April 1936 and became known as Benarkin State School.

Roy Emerson Museum -in honour of the tennis great

However, the old Nukku State School building has since been transformed into the Roy Emerson Museum, and moved to the ‘Nukku Nook precinct’ on Bowman Road in Blackbutt.

The museum has comprehensive books on the whole history of the Blackbutt-Benarkin region and showcases photos and memorabilia from the days of the local timber industry, early schooling, farming and the building of the railway.

There are many photos and stories about Emerson, as well as a life-sized bronze statue of the tennis player situated at the Nukku Nook precinct.

Emerson was the world number one tennis player in 1964, with his records showing wins at multiple Australian Championships, Wimbledon, French Championships and US Nationals.

According to the International Tennis Hall of Fame, Emerson was the first to win 12 major singles titles, a record that lasted 33 years, until broken first by Pete Sampras at Wimbledon in 2000.

Growing up on a dairy farm, Emerson was responsible for milking the cows each morning -which is what he credits for making his wrist and forearm strong.

Emerson is the only male player in history to win a career Grand Slam in singles and doubles and was the first male player to win each major title at least twice in a career.