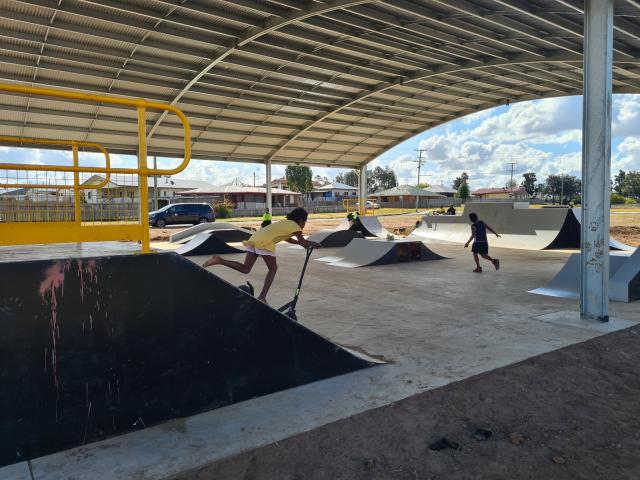 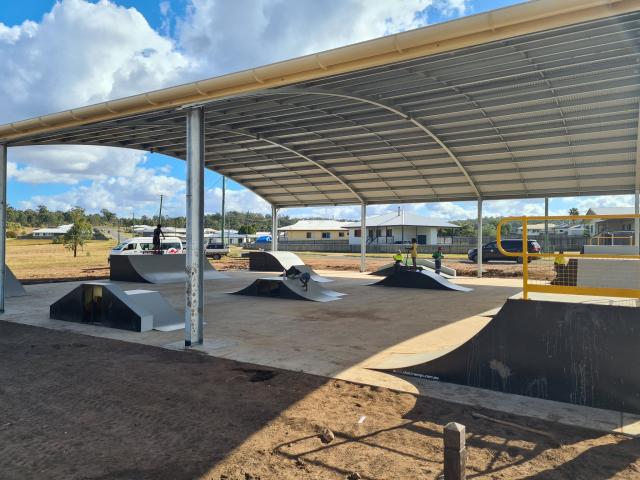 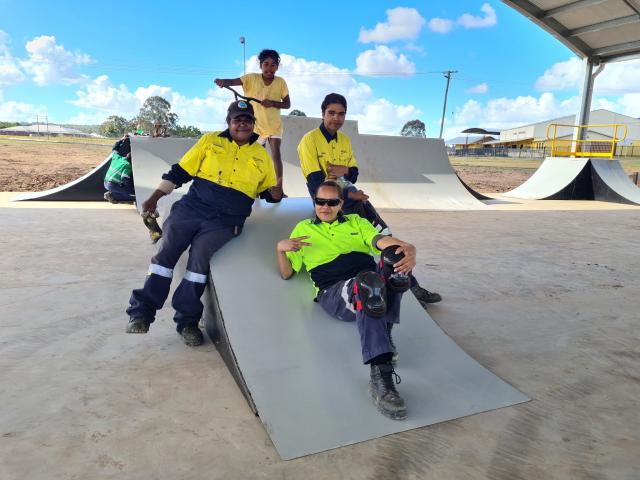 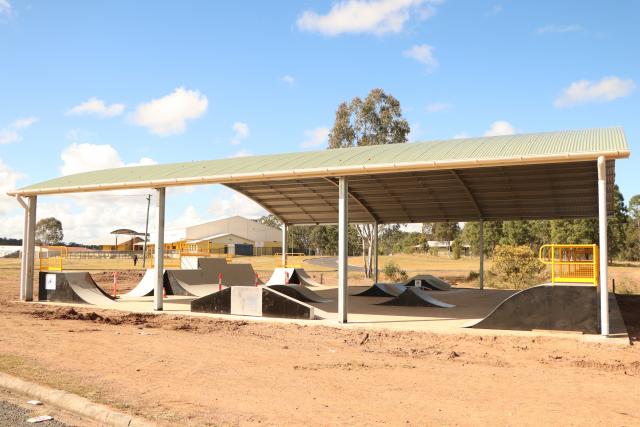 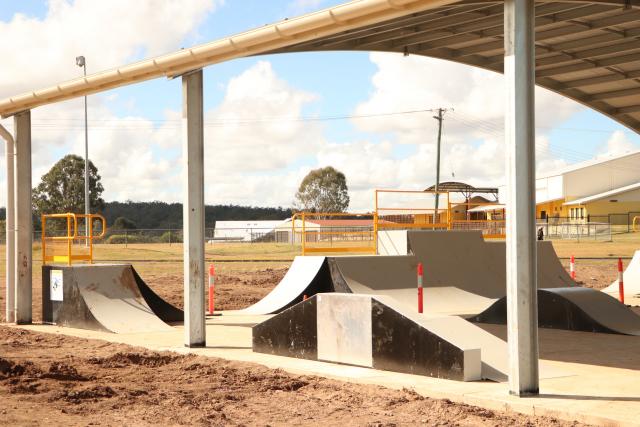 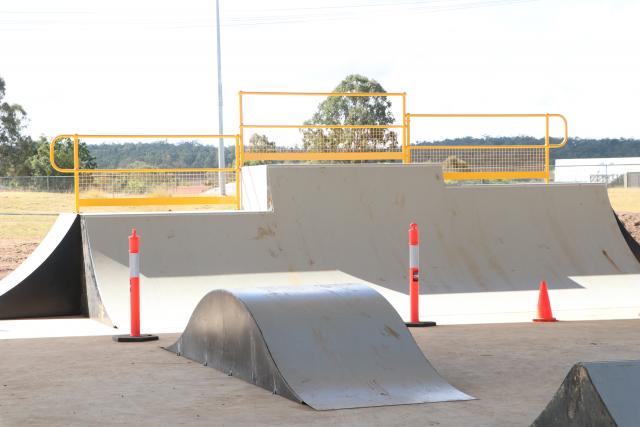 Cherbourg’s new skate park is well and truly nearing completion, with the huge project on Fisher Street in the town’s south just a few touches away from being officially open for business.

A spokesperson for the Cherbourg Aboriginal Shire Council took to the local government organisation’s Facebook page last week, informing the public that workers for the independent education and training group SkillCentred were hard at work to get the project done.

“Our Cherbourg little ones can’t wait for the new Skate Park to be finished – shout out to the SkillCentred works team doing a great job getting the ramps installed,” they wrote.

“We are all excited to see this project being completed.”

A spokesperson for SkillCentred described the organisation as a great initiative to help disadvantaged youth, long-term unemployed people and Indigenous communities across Queensland learn the tools of a trade or delve into hospitality, retail or business work through a variety of certificates, courses and workshops.

“Since its establishment in 1980, [SkillCentred] has grown to become nationally recognised for its capability in delivering training and infrastructure building projects to community organisations as well as Federal, State and Local Governments,” the SkillCentred website’s ‘About’ section reads.

The new recreation facility is situated on Cherbourg’s Fisher Street, within walking distance to the Les Stewart Snr Sporting Complex.

As of writing, the skate park is still under construction, with several cones and debris still present on-site.

Cherbourg’s council is set to advise the public when the works are fully completed.