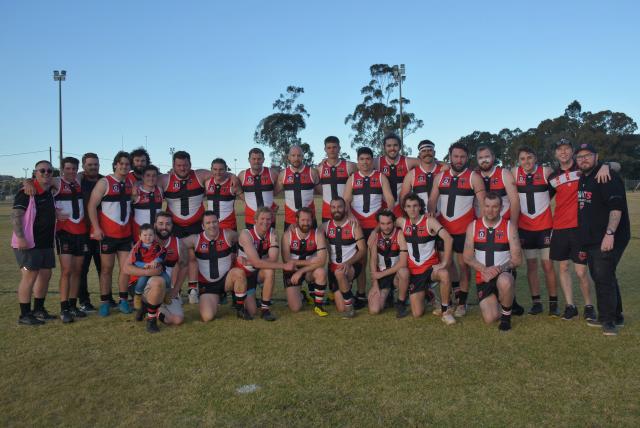 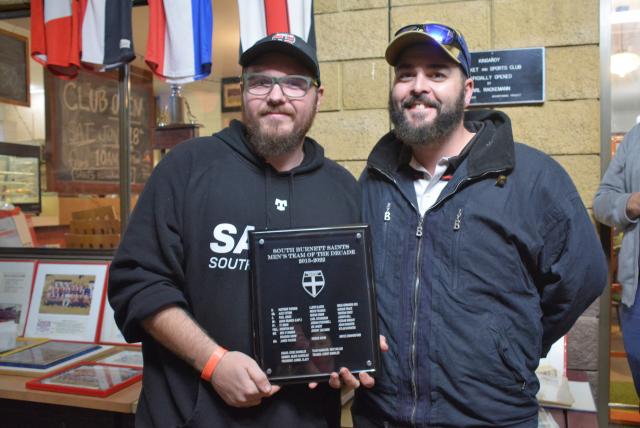 At their home grounds at Kingaroy’s Lyle Vidler Oval the ladies and men’s Saints teams clashed with the Toowoomba Tigers on Saturday, 18 June.

The men’s team’s 38 points were defeated by the Tigers’ 62, while the ladies Saints were also defeated 20 to 55.

After the matches the club presented the momentous ‘Bulldog Spirit Awards’ to outstanding players.

Saints player Josh Freeman was the recipient of the men’s Bulldog Spirit Award.

At just 16-years-old he is tackling his first full season in 2022 after playing with the Saints for the second half of the season in 2021.

“The team spirit and all the boys getting behind you is great.”

They also announced their dream South Burnett Saints Men’s Team of the Decade during the award presentations.

Saints President Brad Pressnell said the men’s team had been improving over the season.

“It’s not the results we wanted, but it’s probably our best physical game of the year so far,” he said.

“We haven’t won a game yet, but we’re getting better and better,” Pressnell said.

Two thirds of the men’s team are new to the sport this year, taking the first part of the season to get acquainted with the rules and their fellow team mates.

“We’re trying to get them to improve, once we get them comfortable they’ll start getting better,” Pressnell said.

Despite their defeat, Saints Ladies Coach Sandy Banks was proud of her team’s efforts.

Banks said the second quarter was particularly rough and the team worked hard to keep the scores down during the match.

“The Tigers are a strong side so it was definitely a massive achievement keeping the score in the 50s,” Banks said.

“The Tigers have been premiers for seven years in a row, so to keep them in the 50s is phenomenal.

“It shows the girls are improving… and the club and team spirit is amazing.”

The 2022 Saints Ladies team is relatively inexperienced with many fresh players coming in from soccer and touch football backgrounds.

“Each week we are getting better and better,” Banks said.

The Best on the ground award for the Saints Ladies team on Saturday was Alex Psarros.

Banks said Psarros comes from a soccer background and has great speed, ability and has a hunger to learn AFL.