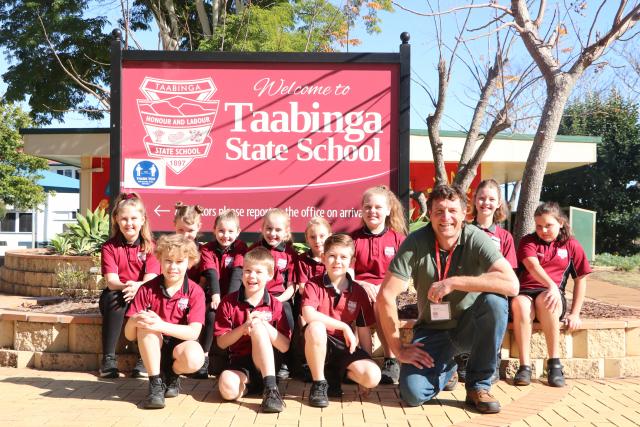 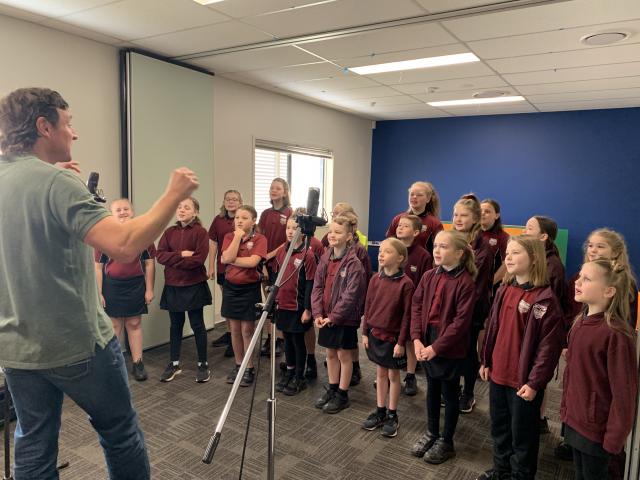 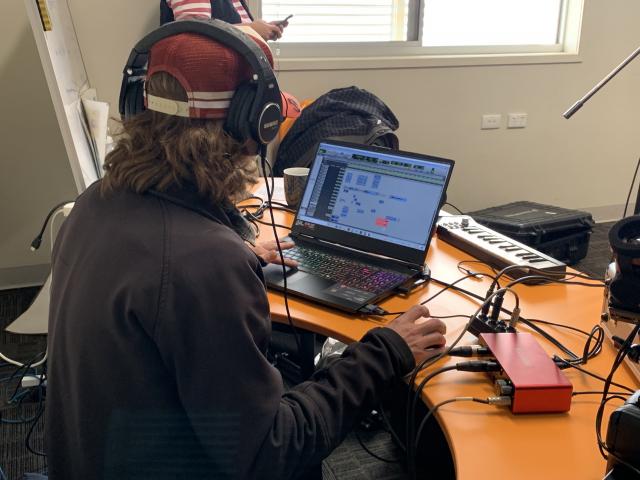 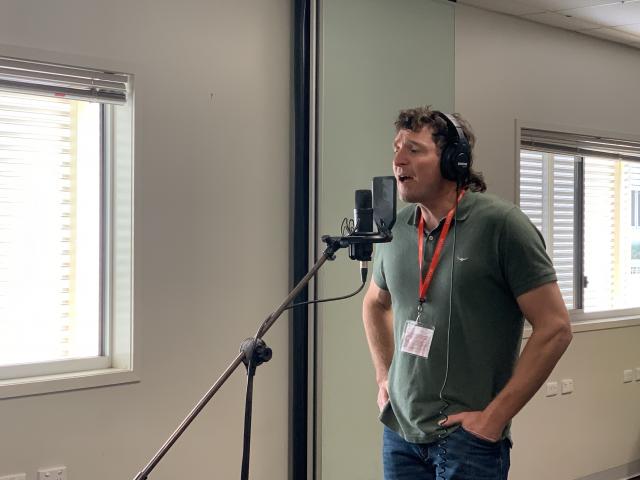 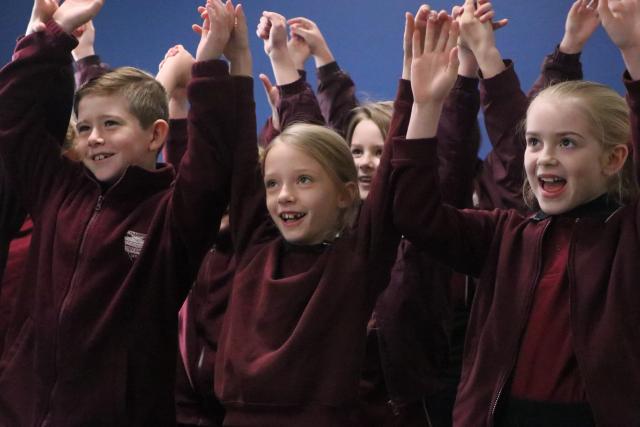 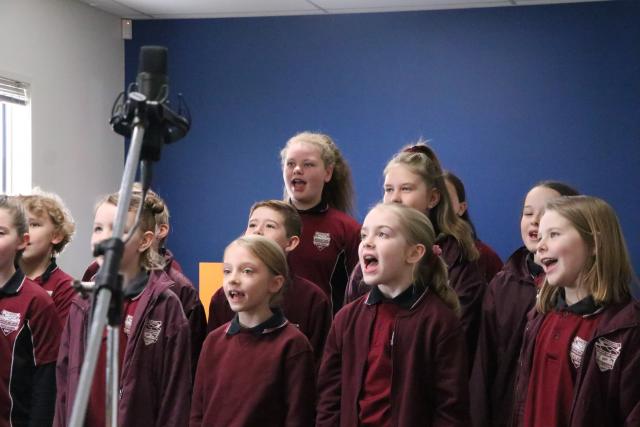 Fresh from a trip into the Australian outback, Mr Arnold returned to the Burnett for the region’s third school song in two years, offering his extensive experience in music to the 370 students at Taabinga during the month of July.

The resulting song, ‘Team Taabinga’ – a celebration of regional spirit, togetherness and love – is due to release via Mr Arnold’s production company Small Town Culture later this month.

Mr Arnold’s three-day stint at Taabinga began on Tuesday, 26 July, when he got to meet the student body and brainstorm ideas for the vocal parts of the song.

The following two days were spent recording instrumentals and vocals, filming at different locations around the school, organising dance performances and visiting local landmarks such as the Big Peanut.

“It all went beautifully! We got a range of talents from all across the school, and it was an intensive three days!” Mr Arnold said.

The travelling singer-songwriter explained that he recruited the help of around 40 Taabinga students for the songwriting process, with many more joining the fray to lend a hand by playing their instruments and finding the best places to film around the school grounds.

At one point, the entire student body was assembled for one big, loud finale.

“Everyone gets the opportunity to be a part of something,” Mr Arnold explained.

Year 6 student Allison, who helped write the song as well as perform music on her recorder and vocals for it, said that she had a great time during the three-day production effort.

“[The school] is friendly and we all work as a team – hence ‘Team Taabinga’!” she said.

“[There are] nice people around the school, and you always have someone there to play with,” she said.

“The whole point of ‘Team Taabinga’ is kindness and everyone looking after each other,” Mr Arnold added.

“The idea of ‘never being alone’ means you’ve always got people by your side who are accepting of you,” he said.

Taabinga State School principal Felicity Ditchburn explained that, after an assessment of the school’s situation and amid a recent growing demand for places of education in the Burnett, the time to broadcast the greatness of her school to the region, state and country had come.

“We were looking at the culture at and around our school, and for us it was the perfect time to showcase all of that,” Ms Ditchburn explained.

“I’m really grateful that we’ve got such a great staff and community of parents and students – why not show that off?

“At the moment we’re growing – we’re getting enrolments coming in every day – and this song will help us showcase our school to everyone,” she added.

“We have a great school and we want to show everyone how good it is at Taabinga!”