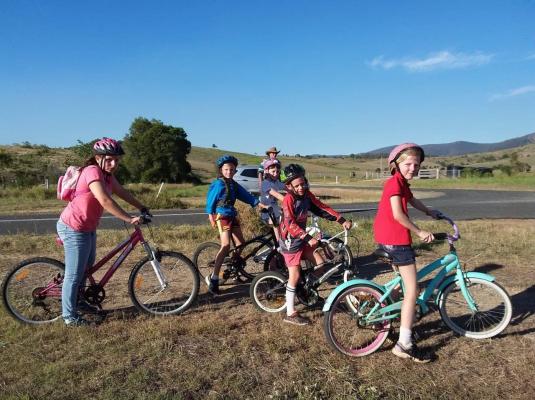 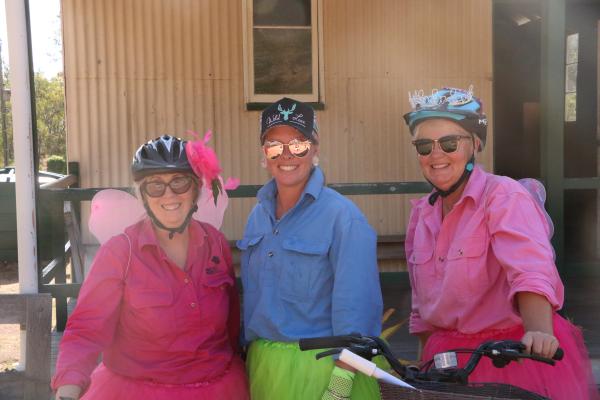 A group of North Burnett locals raised over a thousand dollars from friends and family to support the upkeep of a public meeting hall.

Parents and children from Biggenden and the surrounding area met at Woowoonga Public Hall on the weekend to complete a nearly 10- kilometre-long ‘bike-a-thon’, collecting $1103.25 in total through sponsorships and raffles.

The mammoth effort, which took the group down to the Isis Highway turnoff south of Dallarnil and back to Woowoonga, came courtesy of long-time local Leesa Sharps, who had previously organised BIEDO’s ‘Women in Workshirts Walk’.

While searching for Covid-safe fundraising methods, Sharps heard of bike-a-thons from a similar event held by the Biggenden State School’s chaplain and felt that the activity would be a perfect fit for her cause.

Following the event’s success, she is now hoping to make it a regular occasion.

“It’s very good for the kids and adults to get out and be active,” she said.

The money raised by the 16 children and four adults in attendance will go towards insurance costs for Woowoonga’s Public Hall.

The popular meeting spot hosts weddings, gatherings and concerts year-round and is currently preparing to host an evening of christmas carols by candlelight on 19 December.