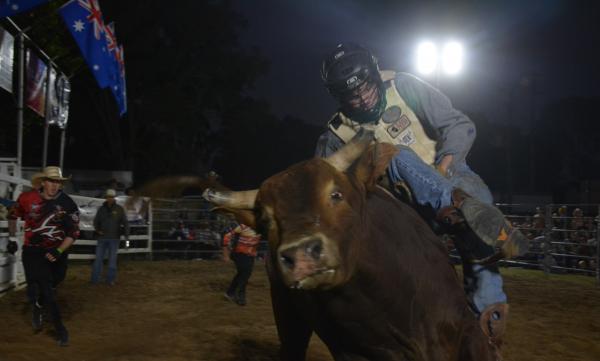 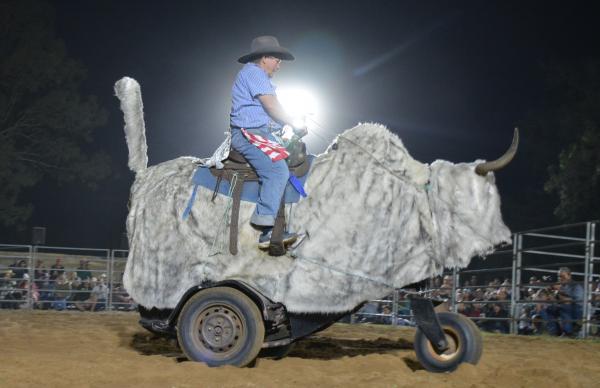 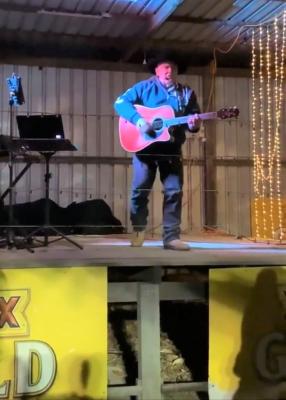 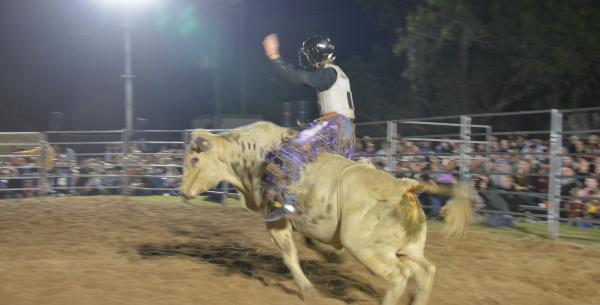 More than 600 people cheered brave bull riders as they clung to bucking beasts and ate dirt at the Maidenwell Hotel Rodeo.

After the bull ride was postponed during the Easter weekend to Sunday, 25 April, Tanduringie State School P and C president Dean Cullen said he was ecstatic the event went ahead as it was an important fundraiser for students.

“The money we get goes towards things like school camps, so that was really helpful for our farm-orientated community with the drought,” Cullen said.

“We had an amazing turnout. We put more seats in and still didn’t have enough.”

The school has approximately 30 kids enrolled, so despite the rapidly growing event Cullen said the small community probably wouldn’t be able to host a bigger crowd than the more than 600 people who attended on Sunday.

While the crowd roared as each rider clung to their beats charging out of the chutes, comedy clown Ian Bostock elicited laughs from the audience as he clumsily reversed and steered his V8-powered bull.

Bostock rode this brute for some unusually-long minutes, even while water was spraying out its rear.

At the end of the night, judge Browne said the event showcased great entertainment and skill.

“It’s something we all look forward to and is the most fun you could have,” Browne said.