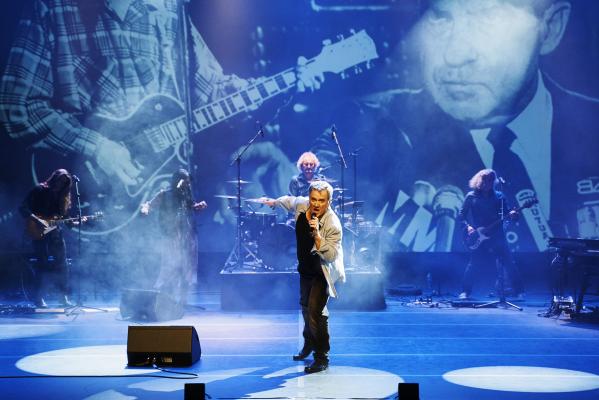 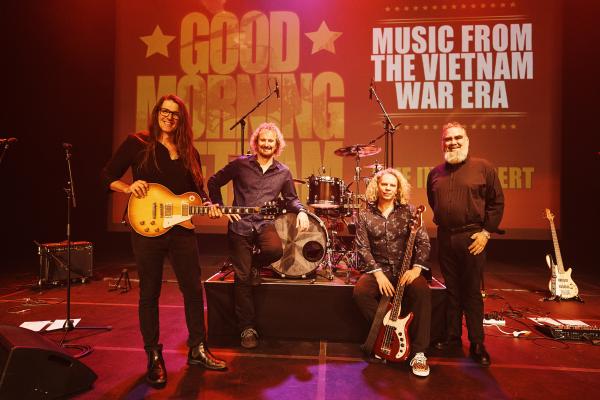 Since kicking off its tour of major Queensland regional venues last year, Good Morning Vietnam, Music from the Vietnam War Era – Live in Concert! has been winning rave reviews from audiences for its energetic, heart-felt nostalgia and the standout performances of its cast of singers and musicians.

Nanango’s very own Terry Million is the show’s keyboard player and he can hardly wait to show his Kingaroy and the South Burnett region what all the fuss is about.

“We’re seeing at every venue that people can’t help but have a good time,” he says. “And it’s not only those who experienced the swinging 1960s who can expect to end their night at Town Hall on a euphoric high. Our Kingaroy audience is going to see a first-class show, right here in their own backyard.”

A projection design backdrop adds compelling storytelling and scenescape elements; depicting the mind-altering grooviness of the flower power movement as well as images of the despair, protest and resistance that was flaring in the city streets of America and here in Australia during one of the most tumultuous events of the 20th century.

“It will be like you’ve been transported to another era for a couple of hours,” Terry says. “You may remember what you were doing or where you were when you first heard a particular song, or you might even discover a new favourite – a song to connect with for the first time.

These songs are still being played on the radio today and they still sound fabulous!”

Good Morning Vietnam, Music from the Vietnam War Era – Live in Concert! pays tribute to music that shaped an era and defined a generation.