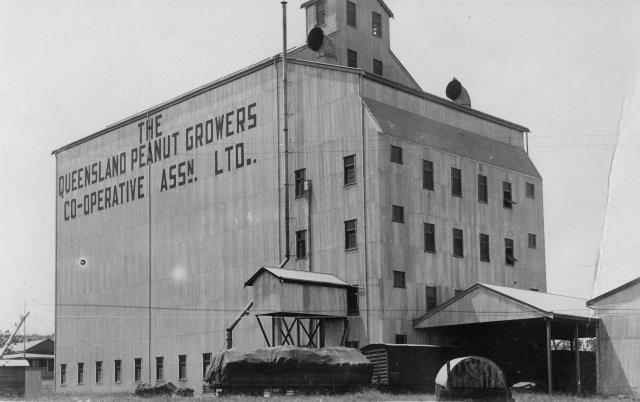 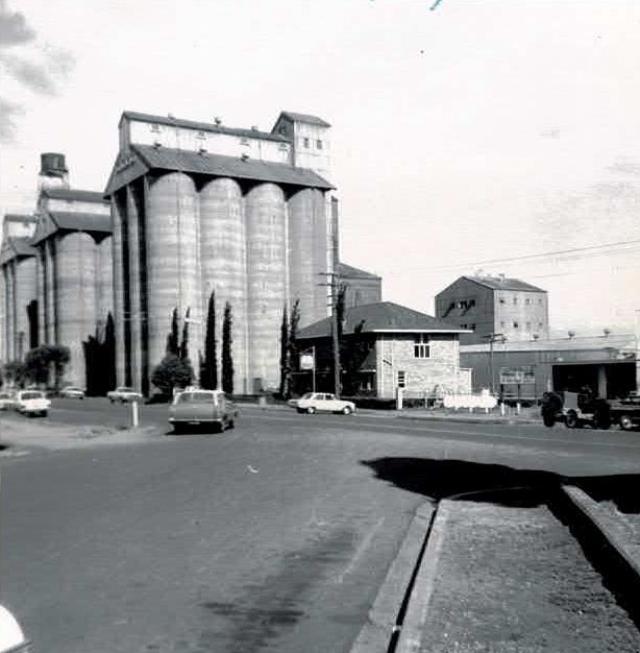 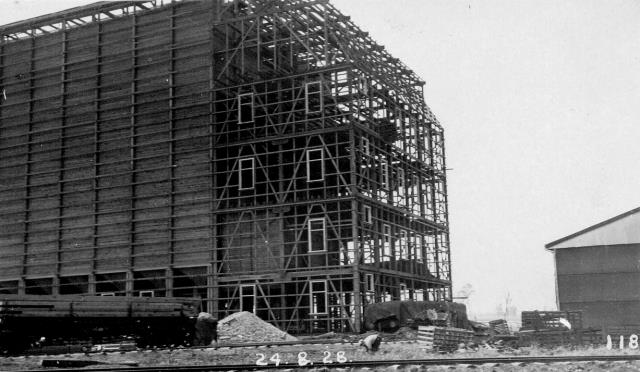 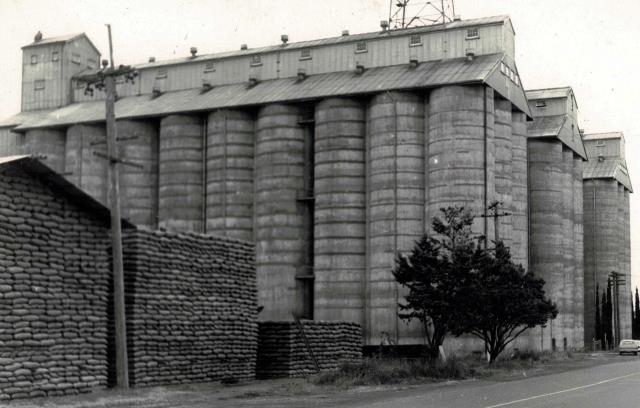 Kingaroy’s peanut silos have become a dominating and defining feature of the town over the decades.

The iconic silos were upgraded through out the years as the demand for Kingaroy peanuts grew.

The Peanut Marketing Board was formed in 1924 with W.M. Wheatley as chairman at the request of Queensland Growers to acquire the crop and market it on their behalf.

In 1927 an affiliated body, the Queensland Peanut Growers Co-operative Association was formed to assist with the handling, storage and marketing of the crop.

By 1928 the ‘potentiality’ of the region’s peanut industry had been demonstrated by the Growers Association and the first nest of peanut silos were constructed.

F.O. Nixon wrote in the 8 October, 1947 edition of the ‘Construction’ publication that these silos consisted of 50 timber bins, each 58 feet deep and 10 feet square.

In 1938, the second nest of silos was built and was officially opened by the Minister for Agriculture, Mr Bulcock on 1 December.

‘The Courier Mail’ reported the new peanut silos, along with the machinery, land and railway siding cost 59,000 pounds.

Mr Bulcock was entertained at a luncheon by the Peanut Board as he was shown the new silos, towering 137 feet above the town.

The silos consisted of 24 concrete bins, each 95 feet high, 20 feet in diameter and of 160 tons capacity.

These were used exclusively for Virginian peanuts, with a 4372 ton storage capacity for this variety.

Adjoining the bins was the new concrete machinery aulldiig, which accommodated the modern treatment plant, which cleans, grades, shells and splits the peanuts, classifying them for the trades catering for the Australian market.

The old silos, which have a capacity of 3600 ton, will be utilised for the Red Spanish Peanut – allowing for the average sales of 1000 ton during the period of each crop intake.

The Peanut Board had adequate storage for 9000 ton of peanuts in 1938.

In 1946, the Queensland Peanut Growers’ Co-op Association placed orders for Kingaroy’s next instalment of peanut silos.

Queensland Country Life reported in their 4 July 1946 edition that work was to begin on an additional 27 silo bins.

They were housed in one building with a further story on the top, a ‘superstructure’ which provided space for elevators and conveyor belts.

Kingaroy was already Australia’s largest peanut producing district in 1946, filling the Commonwealth’s requirements of between 30,000 and 35,000 tons per annum.

This goal resulted in the planting of 50,000 acres of peanut crops.

F.O. Nixon wrote that this third lot of peanut silos were finished at the end of 1947.

That year Australia’s peanut crops were 20,000 ton and of a value in excess of one million pounds – with a vastly major portion of this production happening in Kingaroy.

The peanut industry provided a large amount of employment in the district at that time.

“The grading of peanuts by girls who sit on either side of a moving conveyor belt, on which peanuts are spread, allows for the elimination of faulty nuts,” Nixon said.

“This is an industry that fulfils very largely the present statesman-like dream of decentralisation to accord with which suitable civic amenities are planned in the rising town of Kingaroy.”

The peanuts stored in the silos were then sent to factories to prepare for the sale of peanut butter and pastes, another branch sold peanut oil in 1947.