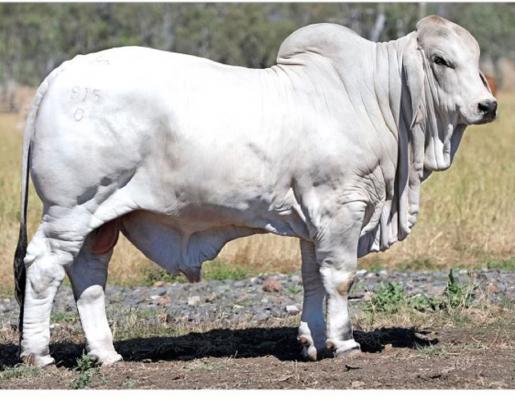 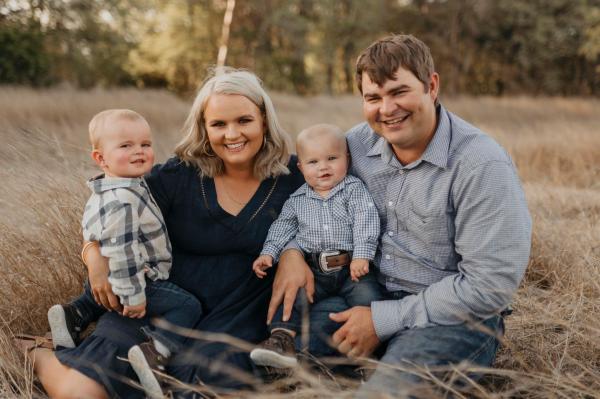 By Julian Lehnert and Neesha Sinnya

Carinya Sugarcrata from Gayndah sold for an event-leading $150,000, with the runner-up, two-year-old Ahern Brock, following closely behind at $140,000.

Brock sold to the Charters Towers-based Brownson family at Burdekin Brahmans, who made the purchase after an intense bidding war.

“To be honest, that’s the most money we’ve ever paid for a bull – but that’s just the way it’s been going, with prices going up,“ Burdekin Brahman’s Nick Brownson said.

“I thought Dad and I were going to have a little conversation when we reached that $100,000 mark to see how much more we were going to be able to offer, but Dad wanted him right or wrong – he didn’t bat an eyelid.“

Mr Brownson cited Brock’s stunning weight-for-age and measurements as reasons for his popularity, adding that his impressive pedigree – with his sire being American superstar bull Mr V8 Noble – will make for an excellent addition to his stud farm’s stock.

Brian Wedemeyer, the auctioneer for Elders at Brahman Week, said that Brock’s statistics made him an immediate show-stopper, with the Gayndah bull weighing in at 906 kilograms, measuring 39 centimetres in scrotal circumference and testing 80 per cent for sperm motility.

“A beautiful bull, no doubt about it,“ Mr Wedemeyer said.

“He was sired by Mr V8 Noble – that bull has extremely popular genetics. [Brock is] over 900kg and only two years old – [he is] beautifully natured and nice to look at,“ he added.

Ahern Brahmans owner Paul Ahern, who has sold his stock at Brahman Week for over 20 years, was surprised with Brock’s performance at the Rockhampton event.

“[Brock] was probably one of the best bulls we’ve ever sold,“ he said.

“His weight for age is great, his scans like eye muscle area and scrotal measurements were very good, he’s very correct in his structure and walks really well, and he has an extremely docile temperament.“

“The bull stood out to us pretty quickly for what he is – his bones and skin are great and the eye appeal he has is just outstanding,“ Mr Brownson said about his purchase of Brock.

“We bought a bull from the Aherns in Gayndah once before, several years ago, but he died on us; when we went back on the pedigree, we found out this new bull actually came from our old one’s mother. It really showed us the strength in that family line, that this sort of animal could be produced all over again.“

Mr Brownson explained that Brock is now on his way to Burdekin Brahmans at Charters Towers, where he will be put to great use.

“He’s just arriving here at Gener8 Reproduction in Charters Towers where he’ll be processed. We’re actually already going to be putting some semen packages together for sale in the near future – we’ve already had a few people chasing some as he was a very well-liked bull,“ he added.

“We’re very happy that we get to bring him back up here.“

Rockhampton’s Brahman Week is the biggest sale of its kind in the world, attracting bulls and buyers from all over Australia.

When asked about the reason behind the popularity of Gayndah-bred bulls at this year’s event, Ahern Brahmans owner Paul Ahern, who has over a dozen more calves lined up for sale in the near future, explained that it is not location that matters, but knowledge.

“I don’t think it has anything to do with the location, just with the dedication to breeding better cattle all the time,“ he said.

“We’ll just continue to strive to breed better and better, and we’re always on the lookout for new genetics.“