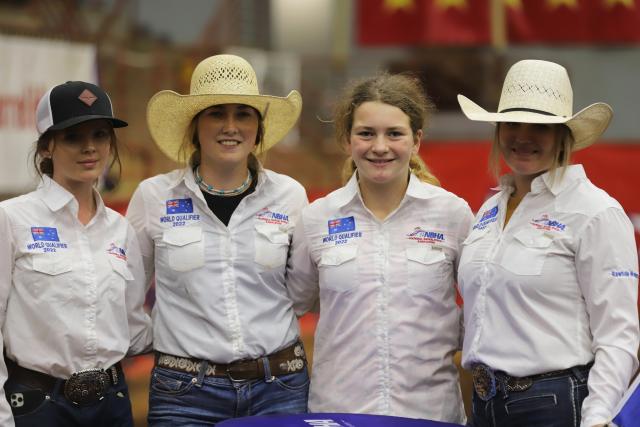 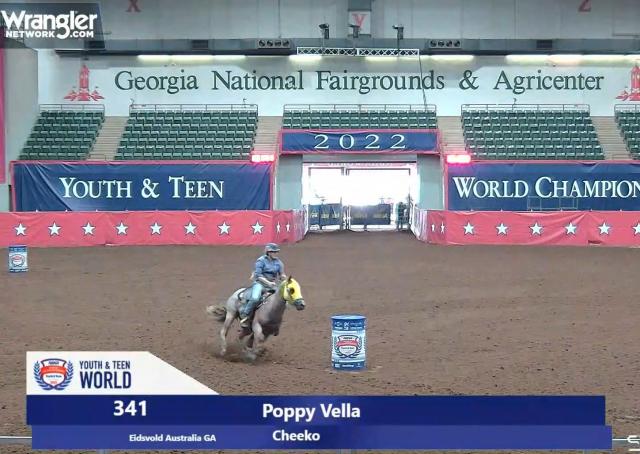 Eidsvold’s Poppy Vella has done her town, region and the entire country proud this month, being one of just four young women to represent Australia at the National Barrel Horse Association Youth & Teen World Championships in Georgia, USA last month.

Poppy competed at the NBHA event in Perry, Georgia between 24 and 30 July after arriving in the United States at the start of the month.

She competed in a total of five rounds across the week, making appearances in the Teen World Finals, Teen Rookie Sidepot and Teen Redemption Round events on 26, 29 and 30 July.

Poppy completed ten runs all up on the backs of horses Cheeko and Nash, which were provided to her by former Queenslander Nonie Ann Ford, who now lives in Utah.

Poppy also fought her way to the second of three rounds in the barrel racing Teen World Finals, competing against over 1,100 other riders from across the world.

Stay tuned for more photos and an interview with Poppy in next week’s edition of the Burnett Today!